1981 was the first season that Carlton would be coached by ex-Hawthorn great David Parkin. Parkin who had played 211 games for the Hawks, was also their Coach for four seasons between 1977 and 1980 and had won one premiership as coach in 1978. Parkin took over the coaches job from Peter "Percy" Jones who had coached the club for only one season after Alex Jesaulenko had departed after the 1979 season due to a bitter battle for control of the club. Parkin would have instant success with the Blues, who would win their 13th Premiership and go back-to-back over 1981 and 1982. 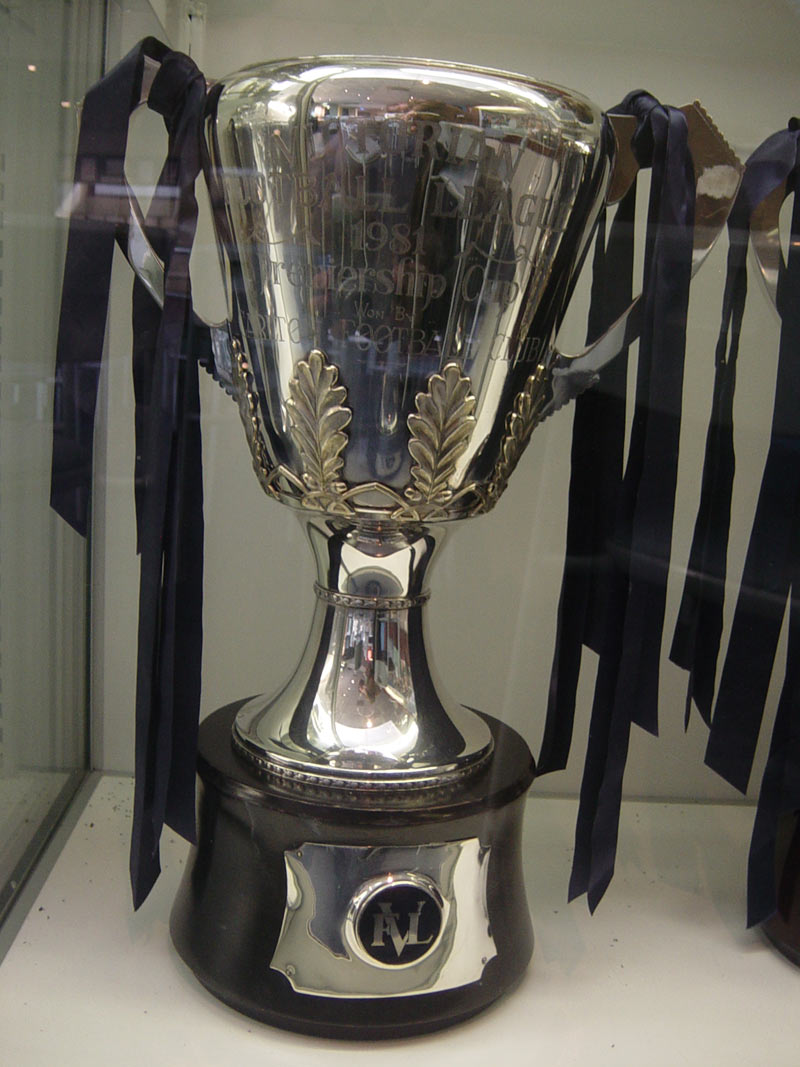 Carlton got off to a good start to the season, winning their first 5 games of the year. Round 6 saw the heaviest defeat of the Blues for the year, a 57 point loss to Collingwood. The Pies would be our main competition over the home and away season, and would also beat our team in Round 16, but this time only by a point. Carlton wasted chances in this game, having led by around 3 goals at quarter and half-time, but let Collingwood back in it by allowing them to kick 7 goals in the third term. In spite of this, the Blues still could have won the match, having had 4 more scoring shots but wasted their chances in front of goal.

Carlton and Collingwood would trade the ladder lead for the whole season, with both sides finishing with a 17 win, 5 loss record. A measure of the Blues consistency is that the team managed never to lose two games in a row during the year. Collingwood's last round loss to Fitzroy allowed the Blues to overtake them and end the season on top of the ladder.

Importantly, the final 5 system gave the top side a bye in the first week of finals action, and a double chance in the second week. Carlton wouldn't need a double chance, though, defeating Geelong by 40 points in the Semi Final. After a slow first quarter, the Blues had the better of the final 3 quarters to run out easy winners.

Carlton were a dominant force in this era, and would meet the other dominant side of this season, Collingwood, in the Grand Final. While we hadn't beaten the Pies in the home and away season, we probably should of won the Round 16 encounter. The first half was incredibly tight, with the Pies leading by 2 points at the first break and Carlton in front by a point at half-time. 5 goals to 3 in the third term gave Collingwood a handy 9 point lead at the last break, but Carlton were dominant in the final term, kicking 4.7 to only 2 behinds to run out 20 point winners. The final margin flatters Collingwood, the Blues had 32 scoring shots to 22 and could have blown the game wide open with straighter kicking for goal.

This would be our second premiership in 3 years, and would be the first of our back-to-back premiership that would be completed by the club also winning the 1982 flag. To top off the win, our second in three years, Bruce Doull would win the Norm Smith Medal for the best player in the Grand Final.