September 2019.
Blueseum has been contacted by a family descendant who says the correct spelling is Morehouse. (We would appreciate a photo of Artie, if the family has one.)
He says the Morehouse brothers lived in Moss Street Prahran.
Pvt. Arthur William "Artie" Morehouse No.4643 enlisted in the AIF on July 13 1915. To be eligible to enlist, Artie had lied about his date of birth, dropping five years from his true age of 49. His recruitment papers said he was 44 years and 7 months. Arthur's occupation at that time was a paper hanger/ painter. Morehouse was a reinforcement for the 52nd Battalion and he sailed from Port Melbourne on February 08 1916 on the 7,713 ton HMAT A69 Warilda for Suez Egypt arriving March 03. Remained in Egypt for three months with the 52nd Battalion then boarded a ship to France disembarking at Marseilles on June 16.
The Warilda was a four year old ship which had had its maiden voyage back in 1912. She was torpedoed in the English Channel by Kaiserliche (Imperial) Marine submarine UC49 on August 03 1918, despite the vessel being marked as a Red Cross Hospital Ship. It sank in two hours with the loss of 123 lives.
Arthur saw savage fighting in France and on September 3rd or 4th 1916, he was seriously wounded in the legs and back. He embarked on the Hospital Ship Newhaven from Boulogne on September 06 and arrived at the 1st Southern General Hospital in Birmingham England the next day.
Artie rejoined his unit after convolesence on January 17. Less than a month later he was again wounded, hospitalised in England and this time repatriated on the HMAT A37 Barambah to Australia arriving back home on April 08 1917.
The Barambah was originally a German ship ironically named "Hobart," it was seized by the Australian authorities at the outbreak of war in 1914.
Arthur William Morehouse late of his sister's address 349 Lower Malvern Road Glen Iris, never fully recovered from his war injuries and died on September 30 1931, aged about 65.

Little is known about Arthur's time at Carlton. In the days when surnames were only mentioned in match reports his details have been mixed up with his brother James 'Jigger' Morehouse


With the publication of the final installment of 'Origins of Australian Football' Volume 5, it has Arthur listed at Carlton and playing two games in 1891. 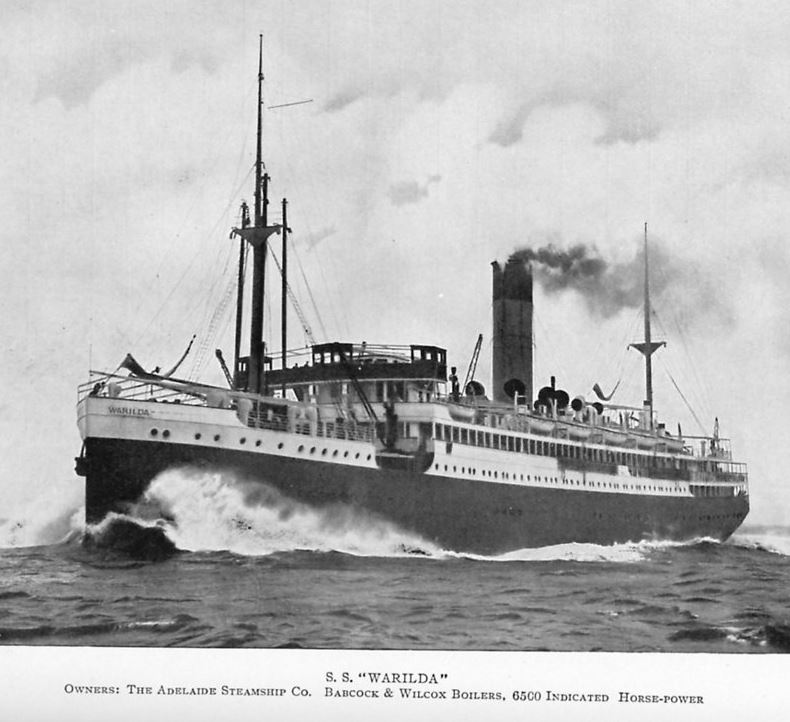