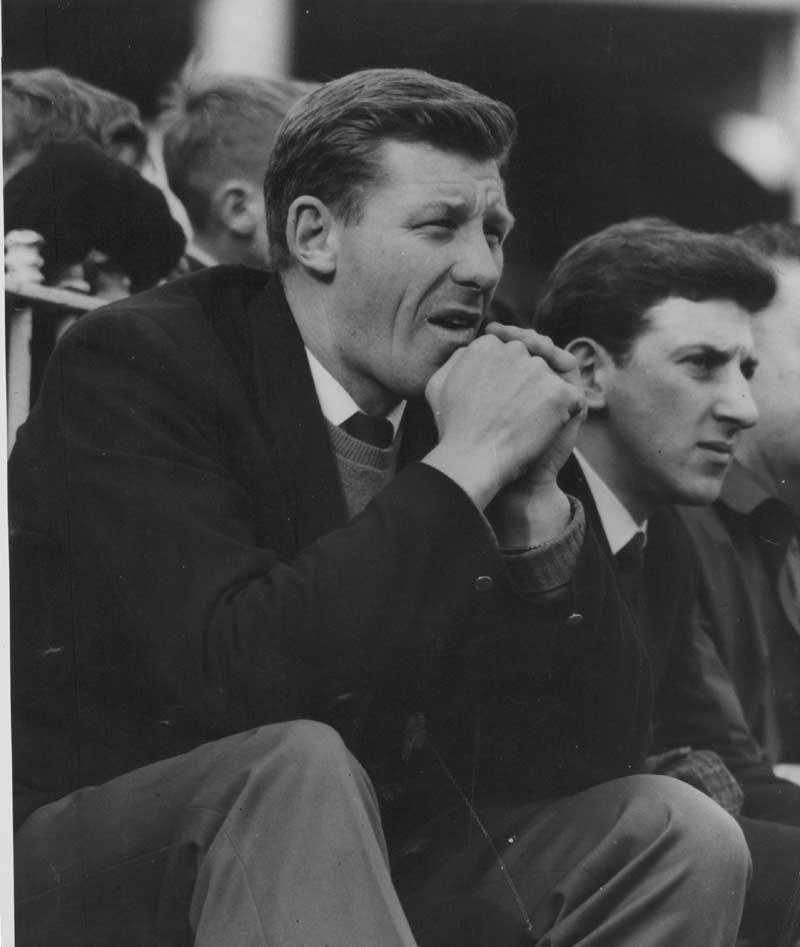 Vying with Jack ‘Chooka’ Howell and Mil Hanna as the most accomplished player to have worn the number 13 guernsey for Carlton, Graham Donaldson was a star for the Blues for eight seasons.

A country boy who learned his football at Clunes, and later at East Ballarat, he was the son of a local policeman. Throughout his teenage years he was an imposing centre half-forward, but when Ken Hands was appointed Carlton coach in 1958, he sent Donaldson into the ruck, where his career took off. While he could appear lackadaisical at times, Donaldson was a gifted, perceptive player; a superb mark and a powerful running drop kick. And he soon developed into one of the most versatile tap ruckmen of his era.

He represented Victoria in 1959 and 1960, and was appointed captain of Carlton in 1961 and ’62. Unfortunately for Donaldson, and indeed the Carlton squad of that time, there was little real success on the field. He played seven finals matches in his 106 games, for just two wins and a draw - highlighted by the Blues’ 1962 Grand Final loss to Essendon. After that match, Donaldson stunned the club and its supporters by announcing his retirement from league football at the age of just 27.

He then went on to coach Morwell, taking the Latrobe Valley Tigers into the finals four years running before winning a Premiership at last in 1966. During this time he was influential in recruiting a number of future stars for Carlton, including Bryan Quirk, Garry Crane, Vin Waite, Bill Bennett, Bob Edmond and Ted Hopkins.

Throughout his stay at Morwell, Donaldson was employed as a branch manager for the State Savings Bank of Victoria, where he was one of the instigators of the SSB Little League. In its first year, the Little League gave some 700 children aged 11 or less, representing nine VFL teams, the chance to play at half time in a senior game. Now, more than forty years after its inception, the Little League (or Auskick) continues to grow, giving hundreds of youngsters each week the thrill of chasing a footy in front of big crowds at all league matches. At the same time, Donaldson also became an author when his book, "Manual of Physical Training for Footballers" was first published in 1963.

Donaldson returned to Princes Park in 1967 as Reserves coach, and assistant to Ron Barassi, a position he held through to 1970. It was the dawn of the rebirth of the Blues, and Carlton’s talented list found that Donaldson’s relaxed demeanour was a good foil to the intense disciplines demanded by Barassi. Together, they finally broke Carlton’s 21-year Premiership drought with a dogged 3-point Grand Final victory over Essendon.

Two seasons later, they did it again in Carlton’s finest hour. While the Blues trailed Collingwood by more than seven goals at half time in the 1970 Grand Final, Barassi would not concede defeat. He demanded a supreme effort from his team in the second half, and told them to back themselves; to run and carry, and handball, handball, handball. Somehow, the tenacious Blues clawed their way back into the match and went on to a fabulous victory by 10 points. At the many post-match celebrations, Barassi was lavish in his praise for his players, but also acknowledged Graham Donaldson’s contribution at every opportunity.

In 1971, Donaldson accepted a lucrative offer to coach Fitzroy, but in four seasons at Brunswick St was unable to lift the Maroons from the lower rungs of the ladder. He returned to Princes Park soon after and was a popular guest at club functions and team reunions for many years afterward. He was deeply mourned when he passed away on August 31, 2001.

Fitzroy played Carlton, June 5 1971 at Princes Park. The two opposing coaches Graham Donaldson and Ron Barassi, with League approval, agreed to experiment with a 50 yard centre square which limited the numbers of players at the centre bounce. This was to counter-act the unsightly over-crowding of the centre, which was a tactic which had been introduced into the game by Hawthorn's John Kennedy. The League would at first introduce a diamond in 1974, but it was later altered to a centre square.