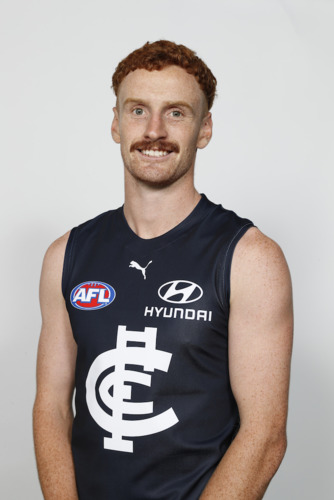 
Young Cottrell was formally added to the Carlton list in the Supplementary Drafting period brought in for season 2019, along with Michael GIbbons. Cottrell was soon to be disclosed as the Grandson of former Blue Len Cottrell, who had played 12 games in Navy Blues in the late 50's. In an amazing quirk, Cottrell had played with Serge Silvagni, and now their grandsons would be listed together some 60 years later.

Cottrell had been drafted after impressing on the tracks with his hard endurance running and solid skills.

He was drafted from the Dandenong Stingrays via Pearcedale Senior FC.