Carlton edged out St Kilda by 8 points in a tight match at Princes Park.

This game is famous for a couple of things associated with 2 favourites of the era, Luke O'Sullivan and Jon Dorotich.

Lockett, the champion full-forward for St Kilda and later the Swans, had kicked 6 goals in the first half to see the Saints up by 4 goals. But in a key move, Dorra was moved on to the rampaging 'Plugger' and stopped the big man from adding to his tally.

At the same time, Rhino broke through in the third quarter, kicking 4 sensational goals to bring the crowd... and the team... to life.

How Stephen Kernahan failed to earn Goal of the Year after handballing his way around opponent Russell Morris, regathering the ball & steering a banana kick from the boundary line through for a goal we'll never know!!! 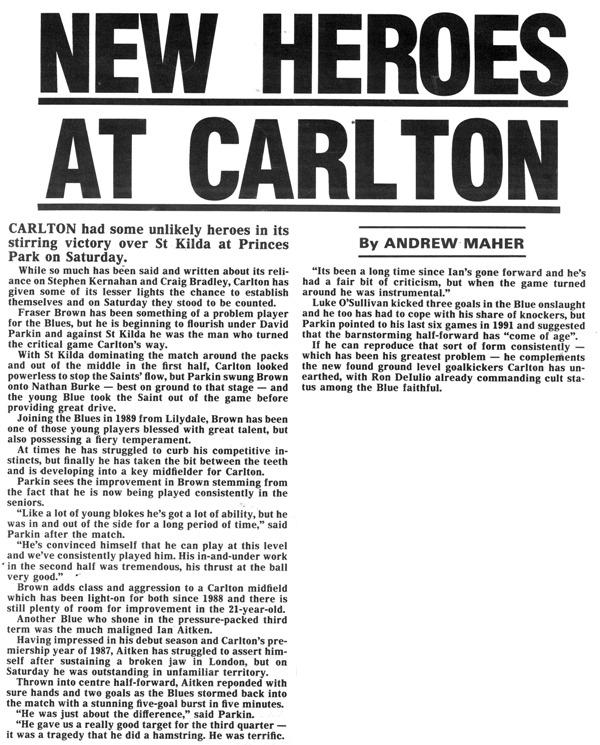 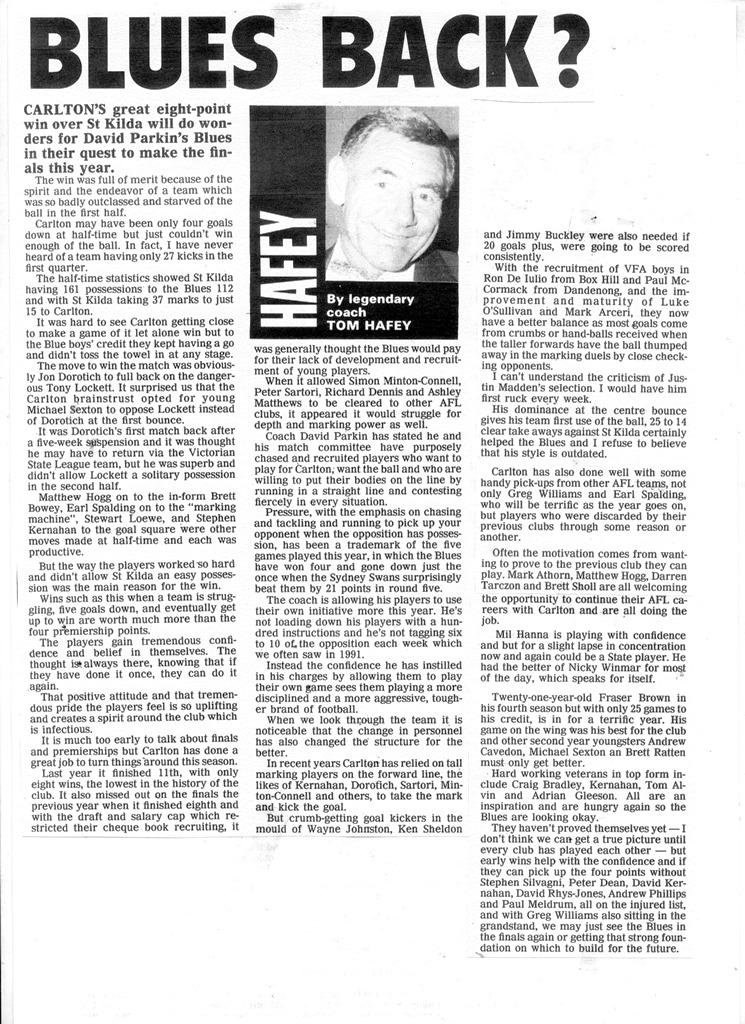