Note: Ron Barassi only made one change for the day when he moved Phil Pinell to full back to replace the injured Kevin Hall.

Peter Jones found guilty.
This verdict created an uproar with Carlton officials, as the three other umpires said they did not see a blow struck. President Harris who represented Jones said the VFL Tribunal did not accept uncorroborated evidence. The South Australians accepted the goal umpire's evidence and said it was the VFL Tribunal's responsibility to hand out the penalty. Jones missed the first two rounds of 1971. Perhaps he was injured or that he was suspended?

"Graham Kennedy could have coached Carlton today, and we still would have won -- and you can write that too," said coach Ron Barassi.

"It was the easiest coaching job I ever had. Any one would have been able to do it."

Contests which might reasonably be regarded as being for the club Championship of Australia occurred during two main phases of the game's history.

Post season matches played during the period 1888 to 1914 between the premier teams of South Australia and Victoria were consistently described in the Melbourne ('the Age') and Adelaide ('the Advertiser') press of the time as being for the championship (or premiership) of Australia. These contests did not resume after World War One.

The games of 1968-69-70-71 were described at the time as being for the 'unofficial championship of Australia', basically because the Australian National Football Council had decreed that official status could only be conferred on the championships when involvement extended to the premier teams of Western Australia and Tasmania, as it did from 1972.

Between 1972 and 1975 the premier teams of South Australia, Victoria and Western Australia, together with either the Tasmanian state champions (1972-73 and '75) or a composite team of players drawn from the premier clubs of the NTFA, NWFU and TFL (1974) contested a bona fide Australian championship series in Adelaide.

The National Football League's 1976 series involved leading clubs from the VFL (5), SANFL (4) and WAFL (3) and was, prior to the VFL's late 1980s metamorphosis from state to national competition, the closest thing to a genuine, full scale Australian club championship ever to take place.

Note: This was the fifth time the Blues played in the Championship title, they had lost the 1907, 1908 and 1914 games (were also later to lose the 1972 clash). The Blues had won their 1968 encounter with Sturt as well. No other club in Australia competed in as many as the Blues, six in total. 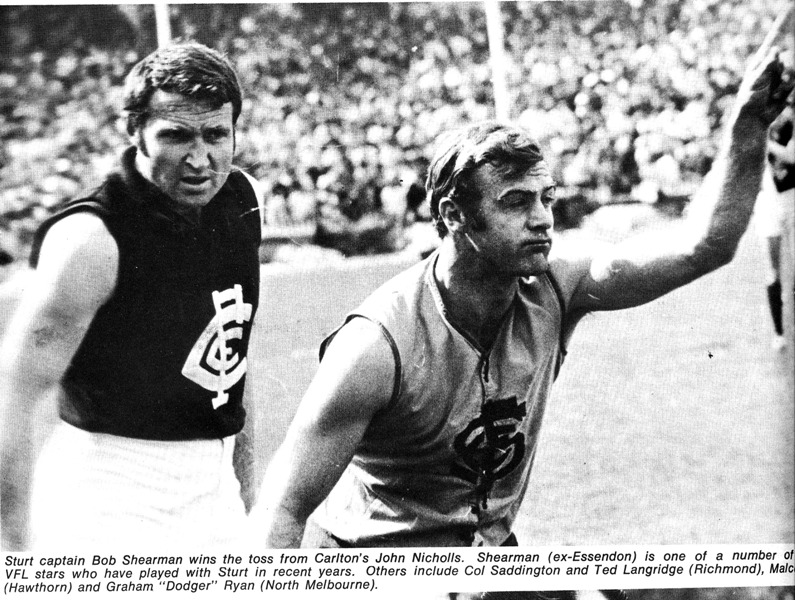 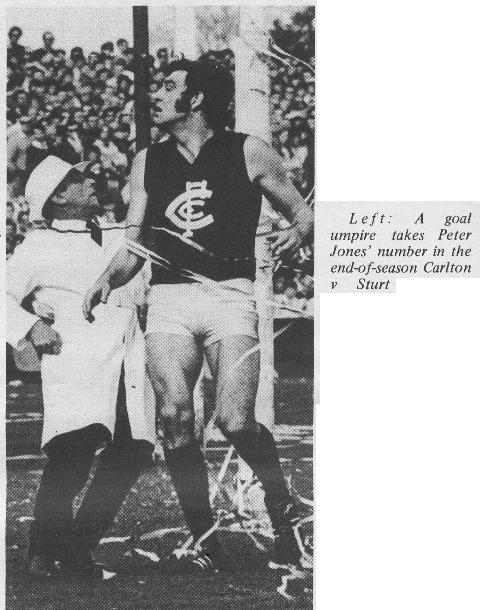 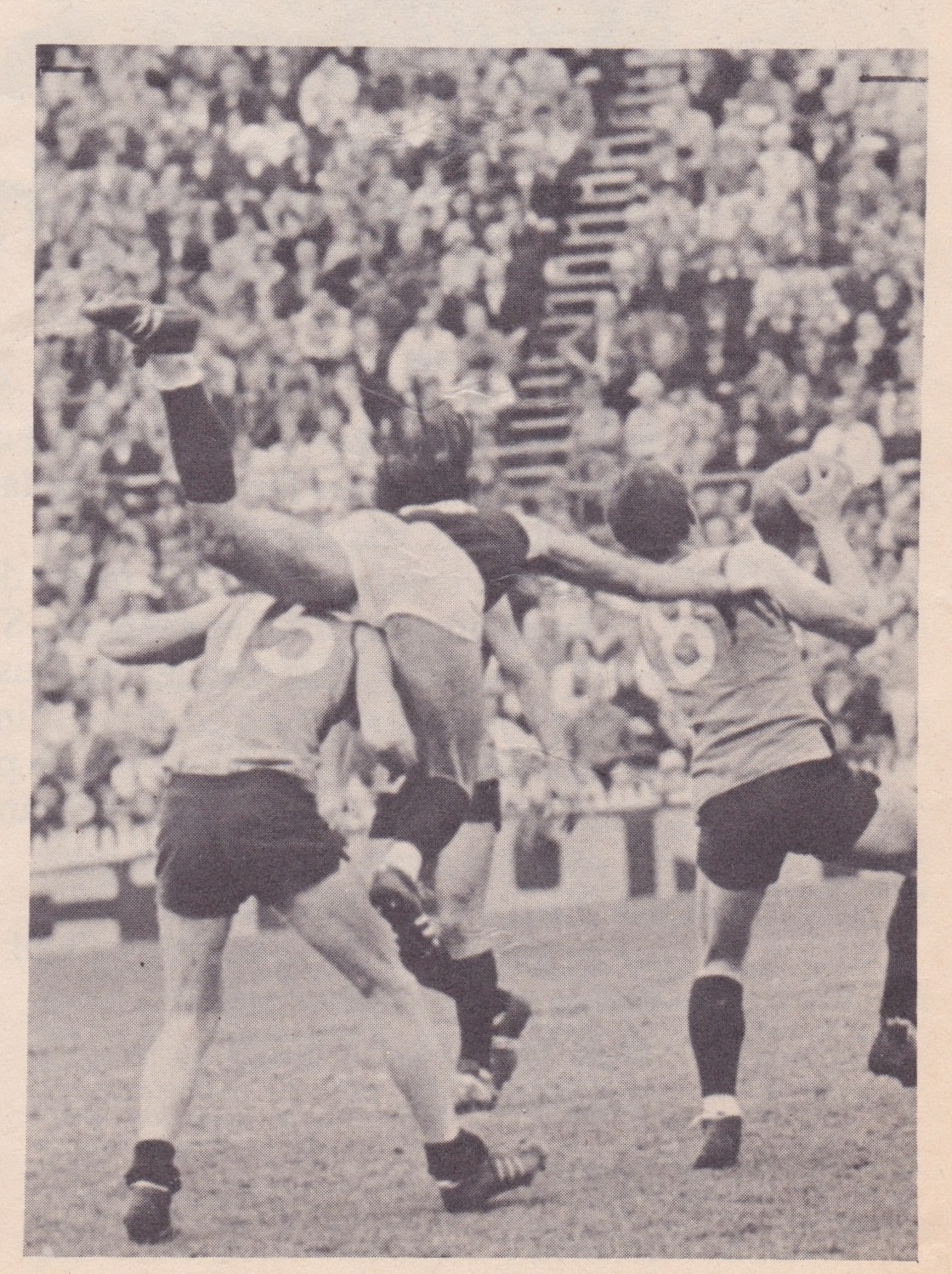 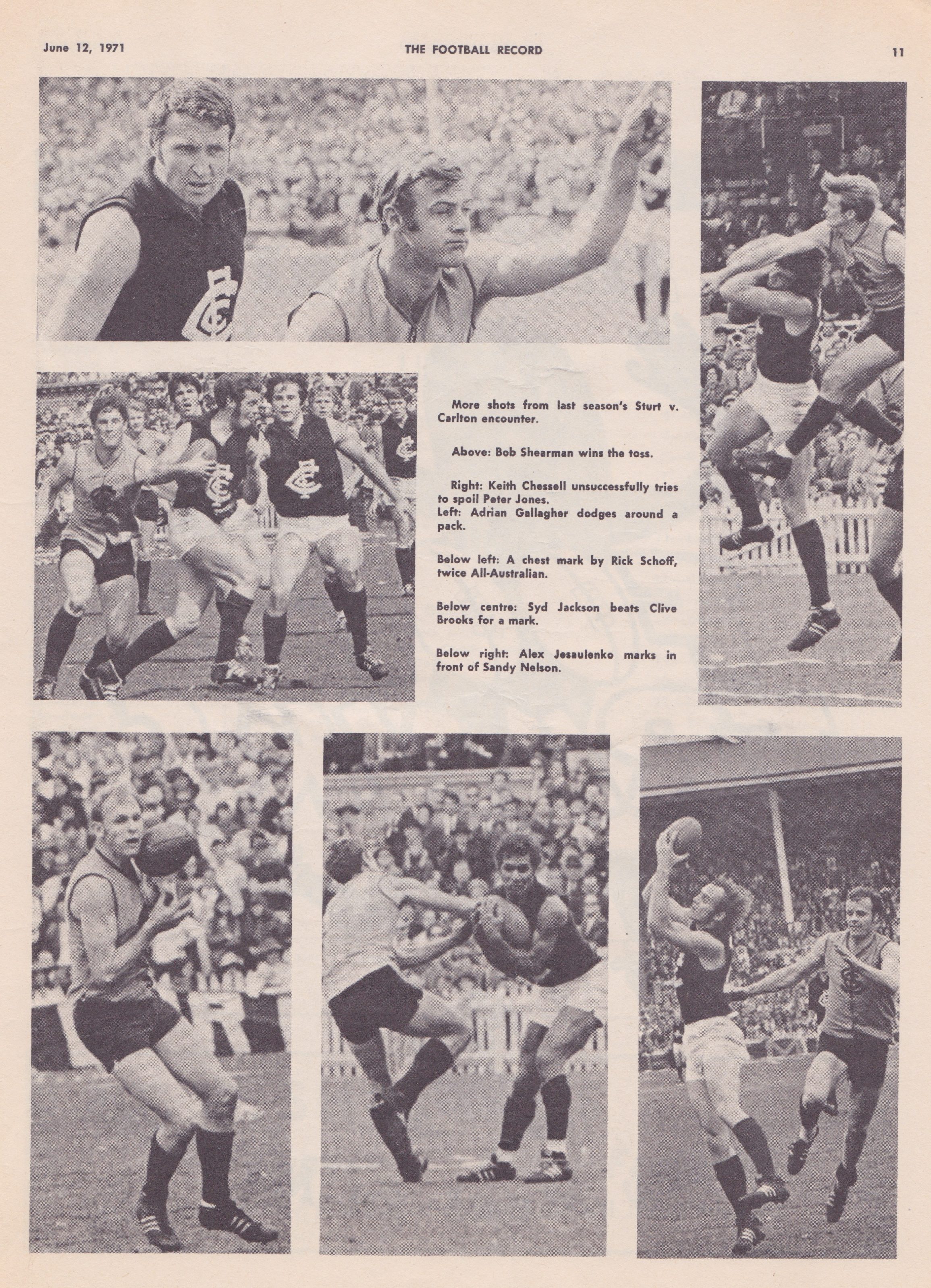