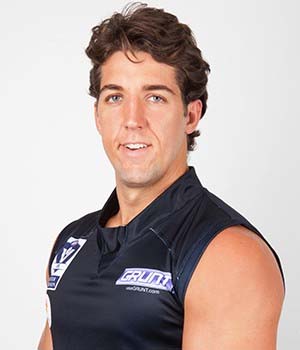 After coming from the United States Alex played 11 games for the Northern Blues in 2015.

Alex was tragically killed in a bicycle accident in Darwin at the age of just 30 on June 9 2020.
https://www.foxsports.com.au/afl/afl-2020-alexander-aurrichio-killed-in-bicycle-crash-in-northern-territory-ntfl-waratah-sanfl/news-story/11bc2ec4657dc58f4de1ab3d556a7981


“It’s taken a small village to get me where I am right now and I’m just the tip of the iceberg: so many people have been involved in getting me to where I am today and I can’t thank everyone along the way enough,” Aurrichio said.

“Really, how far I think I’ve come is a testament to the Northern Blues: the coaches, the staff and everyone around have all given me the tools to succeed. I can’t thank them enough and I’m just a product of them – without those guys none of this would’ve been remotely possible.

“I’ve been very lucky and I’m very fortunate to be where I am today, and I thank the big guy upstairs and just keep rolling with it by the day.”

One of just 14 senior-listed Blues from 2015 to return for pre-season, Aurrichio now finds himself as one of the experienced players in the group – despite having spent only one season in the VFL playing the game so many of his teammates grew up on.

As a whole, the 26-year-old continues to keep a level head about it all – in his own words, “how many guys get this chance?”

“I’m just enjoying it and pushing myself to the limit as hard as I can for as long as I can, and hopefully it takes me where I want to go,” Aurrichio said.

“Now I have a greater knowledge of what’s to come, so with that comes a greater sense of expectation for me compared to last year. Of course I’m expecting more from myself having a year under my belt, but now it’s about enjoying it more.

“I’ve learned what to expect, how to prepare, how to look after my body, what’s done on and off the field and learning about the game: now it’s just about enjoying it all.”


On the whole, Aurrichio has been impressed with the work and progression Fraser has managed to make in his opening months, saying the program “has gone up a bunch of levels.”

“The pre-season has been really tough: there’s a much different feel to last year… Josh Fraser has come in as senior coach and set the tone early – I think we’ve already seen the results on the track,” Aurrichio said.

“He’s done heaps in terms of development and setting the standard, expectations are high, he’s intense and he’s urgent.”

Over the summer, a consistent message has filtered through, whether it has been from Fraser, Carlton coach Brendon Bolton or Northern’s former High Performance Manager Mathew Pell: Northern is ‘a club in a hurry’.

It’s a message which Aurrichio re-iterated, and one which he admits the playing group continues to strive towards as the 2016 campaign draws ever closer.

“To get where we want to go, we’ve got to maximise our time and maximise every session by being efficient in the way we prepare and perform. Time is of the essence and we don’t have time to waste: each training session the coaching staff is driving us to get better and as a player that’s all you can ask for,” Aurrichio said.

“I think if you come down as a spectator you’d notice the difference straight away: as a player from last year to this year, we had to get going and keep going. It’s not catch-up mode, but it’s all about making the most of the opportunities and time we have and we’re all together as a unit.”

“I love being a part of this team and there’s a great deal of team spirit this year – it’s a different feel to last year and everyone is pushing everyone else along trying to get better. Culture is just so important when it comes to forming on-field success, I can’t say it enough,” Aurrichio said.

“As a unit and as a team, that’s all I want: to be a part of a group of 44 men that want to go out together as one and take the battle to whoever wants to bring the battle to us. If you get on the field and you see a unit of 23 people coming at you instead of just one, and then to have the staff, Development and VFL people all together as a unit, it’s intimidating for anyone.”

Aurrichio harbours the ambitions of everyone who’s grown up watching, playing and living the game. Come the time he’s finished as a Northern Blue, Aurrichio wants to celebrate the ultimate goal with ‘his’ club.

“We don’t want to set the bar: ultimately the end goal is to win it all one day and there’s no point settling for anything less,” Aurrichio said.

“We’ve got some baby steps in between: getting better in pre-season, setting the standards and culture of the club, get ourselves to the finals eventually and then go from there. It’s all about taking it one day at a time but our end goal should always be in sight, that’s what I’m here for.”

Winner of Oscar Lipson Award as Best Clubman in 2015