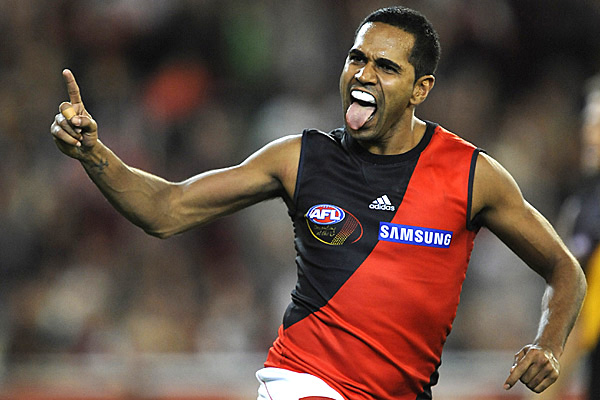 Andrew Lovett played some Reserve Grade football for the Blues in 2001. But at the time he was neither fit or committed enough to take the next step to Senior football. He had earlier played with Preston RSL via the TAC Cup Team the Northern Knights.

Lovett later played for Essendon after being rookied from the Bendigo Bombers in 2003, he finally played senior footy between 2005 and 2009 where he represented the club in 88 games and kicked 93 goals. He seemed to save some of his best games for the Blues, maybe this was a reminder to the club that had earlier discarded him????

He was drafted by St Kilda at the end of the 2009 season, but was sacked in early 2010 without playing a match with the Saints after rape charges were laid against him, he was later cleared of this through the courts. He was then recruited by former club East Perth. In 2011, Lovett lined up for the Indigenous team the Fitzroy Stars.

Lovett's Great-Grandfather Alf Egan played 36 games and kicked 20 goals fro Carlton from 1931 to 1933 and played in Carlton's losing Grand Final against Richmond in 1932. He would transfer to Nth Melbourne and play another 15 games and kick 7 goals from 1934 to 1935.