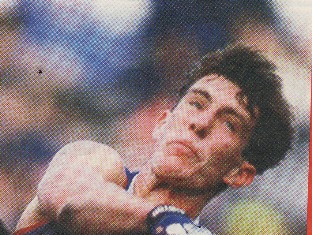 Nichol was playing at VFA Club Box Hill when he was called up to play reserve grade football for the Blues.

Nichol played senior football with Footscray from 1994 to 1995.