Ben Jansen played reserve grade football for Carlton in 2002. Jansen was also used as a top-up player for Geelong reserves in 1997.

Jansen was originally recruited from Terang via TAC Cup team the Geelong Falcons. He was playing at Camperdown when he was called up to play reserve grade football for the Blues. 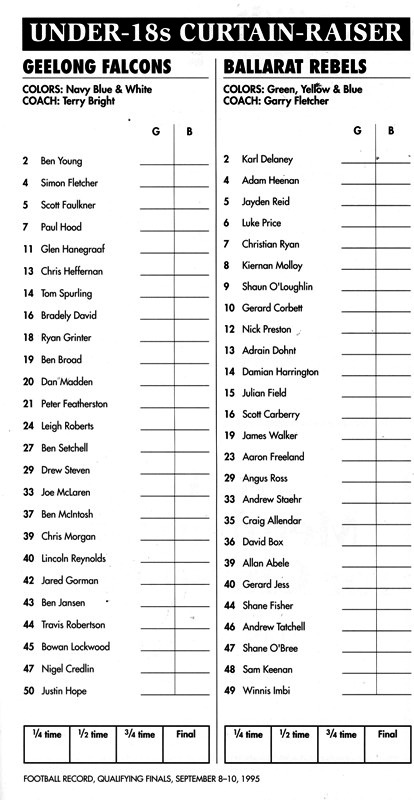