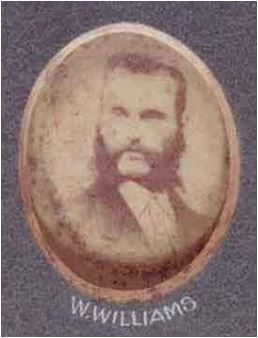 1870 One of 12 Carlton players to play in the season opener North vs South game.


Played in Challenge Cup match against Albert Park on June 18 1870 at the Royal Park ground, which was inches deep in slush.
The game ended in a draw.
(The Carlton Story H.Buggy and H.Bell p24)

1875 W. Williams named in The Argus as playing in a Carlton First Twenty side against a Carlton 25 team in a scratch match at Royal Park on Saturday 8th. May.

1875 Played for many seasons with credit, a capital mark, and useful player.

1891 May 20
The Argus.
Deaths.
Williams - On the 19 inst., at his late residence, Flower Hotel, Drummond-street, Carlton, William C. Williams, aged 44, late of the Victorian Railways.
Members of the Carlton Football Club are invited to follow the remains of the late WILLIAM C. WILLIAMS to their last resting-place the Melbourne General Cemetery. The funeral will leave his late residence, Flower Hotel Drummond-street, Carlton, at 3 o'clock sharp. W. C. Donaldson, Hon. Sec.

1891 May 20
"William Williams, a Carlton footballer, 20 years of age, is dead. He was one of the originators of "little marks."
(Australian Star (Sydney) May 20 p6)
As Bill was 44 when he died, perhaps the newspaper meant that he was a footballer 20 years ago?

1891 May 23
The Australasian;
"Footballers of the old school will learn with keenest regret, that Mr. W. Williams, who in the seventies was prominent and exceedingly popular member of the Carlton club, has gone to his account.
In his day he was sterling player, full of pluck and determination, and his gallant efforts were often a signal to his side.
For many years the calls of business have precluded his even watching the game he loved so well, but his heart had ever a warm corner in it for his former associates upon the field." 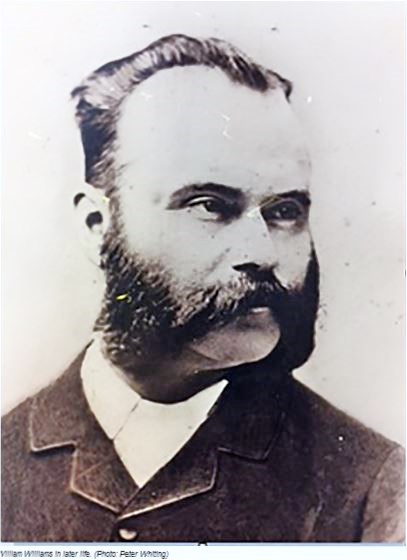