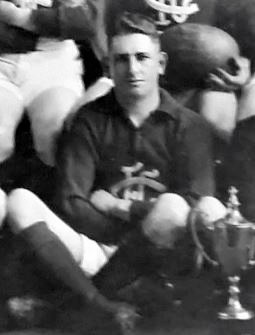 Billy Stone wore the number 31 in a single game for the Blues in 1925. He was born in Collingwood and recruited from Coburg.

Much like fellow single-gamer Les Watkins, Stone was able to kick a goal in this, his only game in the Navy Blue.