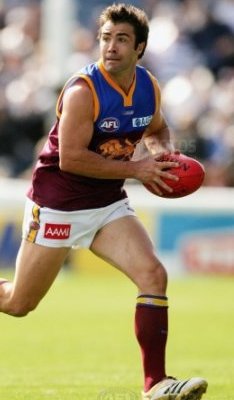 Brad Scott played reserve grade football for Carlton in 1994. Scott was also used as a top-up player for Footscray and St KIlda reserves in 1994.


Brad Scott is the identical twin brother of current Geelong Cats coach, Chris Scott, Brad was recruited to Hawthorn in the 1994 AFL Draft at pick 60. Without playing a game, he was delisted and then re-drafted by Hawthorn in the 1996 Draft, where he won the reserves best-and-fairest. Making his senior debut in 1997, Brad played all 22 games and was seen as a very solid contributor, but was traded at the end of that season to the Brisbane Lions, enabling him to play in the same side as his brother Chris.

Scott was a very solid contributor over a number of years with the Lions and was seen as a fearless figure in defence. Whilst defiant, Scott battled numerous injuries including one incurred during his milestone 150th game late in 2005. Like his brother, Scott was renowned for being one of the hardest players in the league. They were both integral members of the Lions' first two premierships in 2001 and 2002.

Injuries saw him miss the 2003 premiership and sidelined for the latter part of 2004.Scott's lacklustre form in 2004 and 2005 fed speculation that his contract with the Lions would not be renewed, however he remained with the club and announced on August 10, 2006 that he would retire at the end of the season. Scott played his farewell game played in Round 22 against the Saints.

Retirement from playing saw Scott as the Development Coach at Collingwood, where he had success working closely with a number of young Magpies and other players.

After being rejected early in the process during his application to coach Richmond, Scott was appointed as North Melbourne coach for the 2010 season, signing a three year contract on August 17, 2009.

Scott had a bad start to his coaching career, with three of the first four matches resulting in losses, including a 104-point thrashing from 2009 runners-up St Kilda. Since then, North made steady progress and finished outside the top eight on percentage. 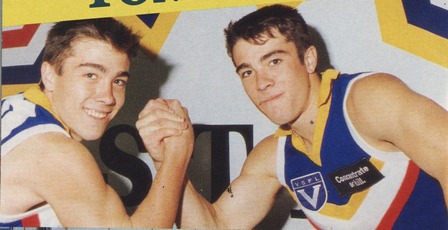 Brad Scott is on the left, and twin brother Chris is on the right.