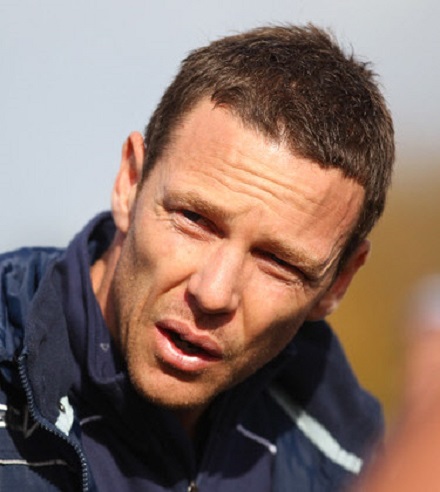 Dale Amos was appointed as an assistant coach by Carlton in September 2015, a few short weeks after Brendon Bolton became the Blues senior coach. The pair had a lot in common, particularly in that both were country boys who were outstanding players and successful coaches in provincial leagues before breaking into the AFL, and both were yet to see their 40th birthday.

Amos started his playing career at St Arnaud, before making the move to South Barwon in the Geelong Football League. With the Swans, he became one of the competitions’ greats - an attacking half-back with pace and courage. Despite defecting to St Kilda’s VFL team for one season in 2000, he returned to South Barwon the following year and won the first of his four premierships as a player or captain-coach. In the midst of a hat-trick of flags in 2005-06-07, Amos damaged a knee during the 2006 finals and had to be content with coaching his team to victory from the sidelines. Ongoing problems with that injured knee ended Dale’s playing career after the 2007 triumph, and he retired at the end of the following year after 216 games, with two Best and Fairest awards to his name, and a remarkable winning average of 77%.

In 2009, Amos was recruited by Geelong to coach their VFL side, and was credited with playing a significant part in the Cats’ 2009 and 2011 AFL Premierships. Prior to the 2012 AFL season he was appointed as an assistant to Geelong’s senior coach Chris Scott, and served in that capacity until he was recruited by the Navy Blues.

Carlton Seniors Round 8, 1934 vs Melbourne.jpg