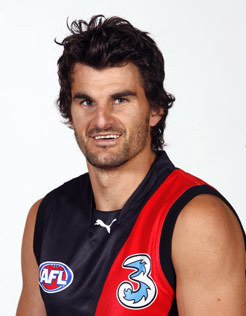 Damien Peverill grew up in East Keilor and played his junior football at Keilor Park. He was passed over in four successive AFL National Drafts and three AFL Pre-season Drafts before being selected for Melbourne Football Club's Rookie list. However, he was not able to break into the senior side there, and was delisted.

A lifelong Essendon supporter, Peverill was placed on Essendon's rookie list in 2001 and was quickly elevated to the senior list due the long-term injury list of the prominent midfielder Joe Misiti prior to Round 4. Damien Peverill ended up playing 144 senior games with Essendon between 2001 and 2008.

He then become the captain and assistant coach of Collingwood's VFL team. Peverill was known as a strong and hard-working player.