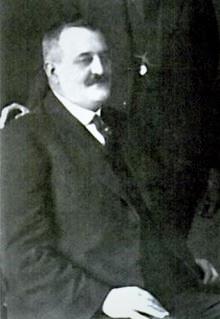 1893 The Argus in the match report has Bedggood credited as scoring a goal against South Melbourne at the M.C.G. on July 22.
However, in another column the reporter has given the goal to McDonald.
Though Beddgood or Bedgood was not named in the original Carlton squad for this match, it is not unusual for other players to be bought in to the side.
Transport difficulties and work commitments were a problem as most people worked on Saturday mornings.

1944 February 26
The Australasian writing about past students of Kew High School mentions; "Dan Bedggood of Bedggood and Sons, who played football for Carlton."
Bedggood & Son were footwear manufacturers making boots and shoes since around the 1850's.
They made boots for the Boer War, flying boots for the airforce, footwear for Antarctic expeditions, cricket boots and shoes in their various factories, in Flinder's Lane, Waltham Place Richmond, at 22-28 Agnes Street Jolimont and Foster Street in Dandenong.

Family relation Kenneth Bedggod recalling his life and WW2 experiences mentions that his grand father, or great grand father (he wasn't sure which one) had just built the new Bedggood factory in Jolimont. This building had a fine new window in it.
Australian cricketer Victor Trumper hit the ball out of the Melbourne Cricket Ground which smashed through the window. His grand father was not at all happy. (australiansatwarfilmarchive.unsw.edu.au)
Surely that would be an apocryphal story. Now that would have had to have been some hit. Even from the present day practice wickets that is a distance of around 180 metres, from the present MCG pitch is at least 355 metres!

"Adjacent to La Trobe's cottage in Agnes Street for many years was the footwear factory of Bedggood & Co. Occupied in 1899, the factory was a landmark for many years and helped to preserve La Trobe's Cottage. The Bedggood family bought surrounding houses at considerable expense rather than use the land the cottage was on, and employees sometimes lived in it. " (emelbourne.net.au)
It was reported in the 1930's that if the State Government would not move La Trobe's Cottage then one of the Bedggoods would have it moved to the family property in Hawthorn where the public could access it. 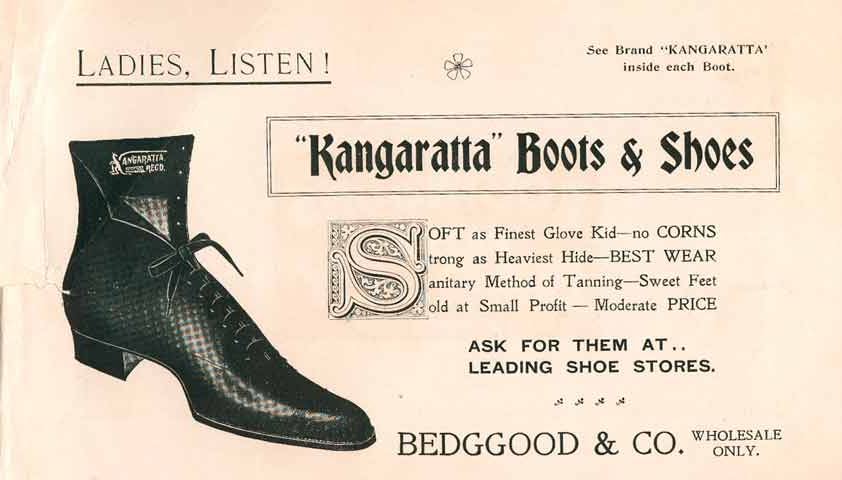 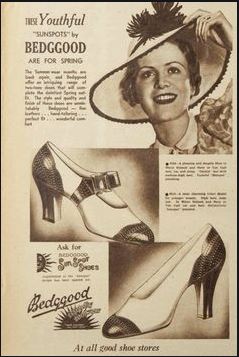 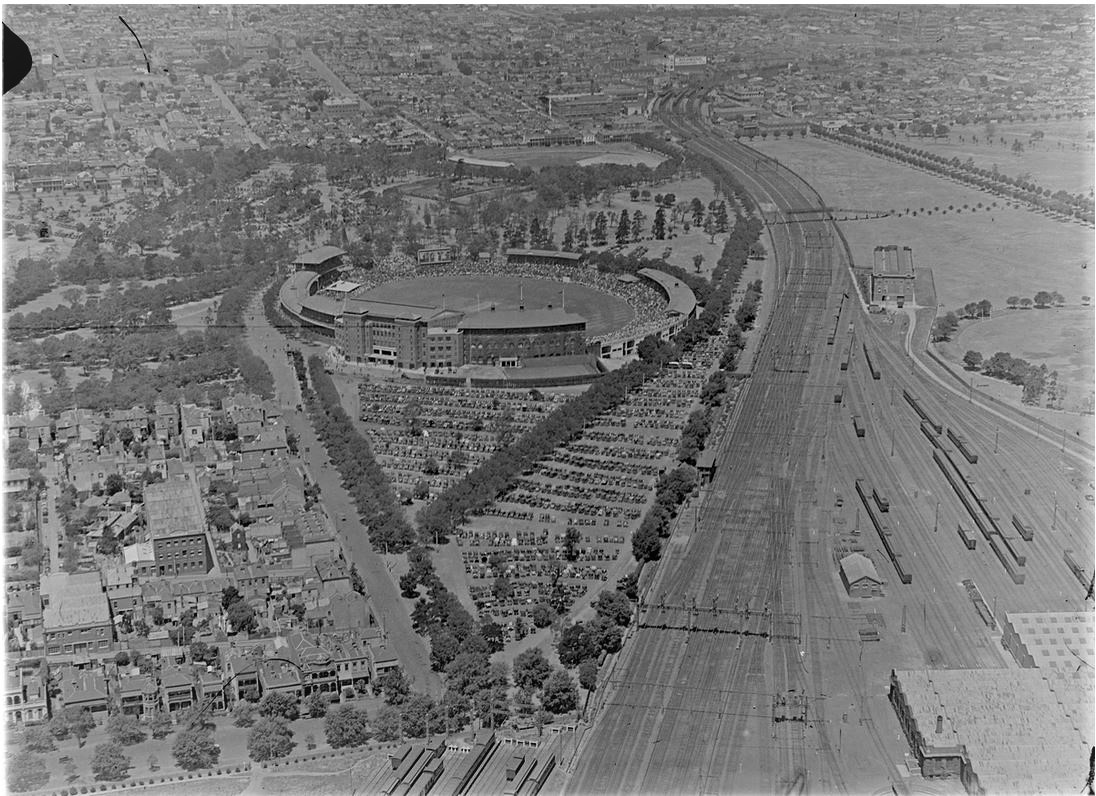 1925: Bedggood's factory is the large 3 storey building in the foreground, in Agnes Street which is opposite the point of the "V" in the line of trees.
The old East Melbourne Cricket Ground at the bottom centre left has been taken over by the railways for train storage. SLV image.

Dan's grand daughter, Beryl Edith Bedggood was born September 1923 and educated at Finota Girls School Balwyn Vic. Beryl wanted to be part of the family business but was told by her uncle that it was no place for a woman. She served in the Womens Auxillary Airforce during WW2 where she overcame sexism to be trained as a Meteorological Observer at RAAF Sale Victoria. Beryl attained the rank of Sergeant.
In 1946 she married Ian Francis Beaurepaire of the Beaurepaire Tyre Company. She had clashes with her father-in-law Frank Beaurepaire when she wanted to accompany Ian on overseas business trips.
In 1975 she was made Officer of the Order of the British Empire and Dame Commander of the order in 1981. In 1991 she received the Companion of the Order of Australia.
She served on the YWCA national executive, vice president of the Citizens Welfare Service Victoria, Federal Women's Committee of the Liberal Party of Australia, convenor of the first National Women's Advisory Council, Chairman of the Australian War Memorial, served on the Australian Children's Television Foundation and she also donated her time to many charities. When Ian became Lord Mayor of Melbourne, Beryl as Lady Mayoress fought for women's rights in the City Council. Although a Liberal suporter she made friends on both sides of politics with Bob Menzies (when she was child he was a next door neighbour), Henry Bolte, Gough Whitlam and Bob Hawke.
Dame Beryl Beaurepaire AC DBE died October 24 2018, aged 95 (info wikipedia)
Frank Beaurepaire was prominent Carlton supporter.

A Name To Dine Out On

2019 near the corner of Agnes Street and Wellington Parade there is a restaurant called Bedggood & Co. On taking over the business the owners decided to change the name and looked around for a local connection, hence Bedggood & Co.