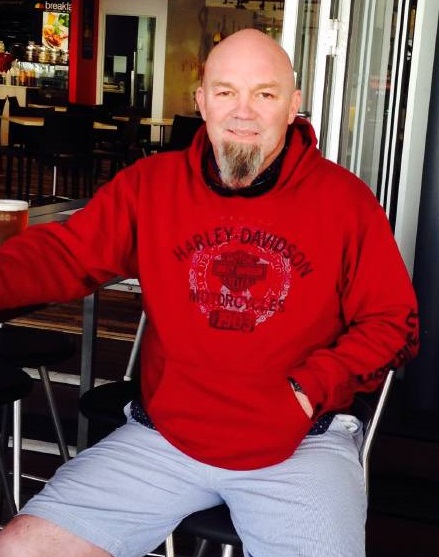 Darren Newlan was picked up at Pick 64 in the 1986 National Draft, he was the Blues fifth and final pick of that draft. Newlan was recruited from VCFL club Golden Square.


Bendigo trio recall being part of first National Draft in 1986
- Article from the Bendigo Advertiser (23rd November, 2016).
On Friday night the AFL will hold what has become one of the biggest annual events on its calendar – the National Draft. Held at Sydney’s Hordern Pavilion, the Draft will be covered blow by blow on TV via Fox Footy, online websites, social media and radio as AFL clubs aim to unearth their next superstar or diamond in the rough. But the showcase event that the Draft has become hasn’t always been that way – just ask Paul Page, Darren Newlan and Matt Sexton. The trio were all selected as part of the VFL National Draft 30 years ago in 1986. The VFL had held two previous drafts in 1981 and 1982, but it’s 1986 that’s considered the birth of what the National Draft has now grown into.

Page, Newlan and Sexton were all plucked out of the Bendigo Football League. Sexton was selected at pick 30 by Richmond from Sandhurst. At pick 54 Page went to St Kilda from Kennington, while with the second-last selection of the Draft, Carlton took Newlan from Golden Square at No.64. While none of the trio played any games at the top level, they all have their place in history as being part of the first National Draft. St Kilda official Murray Ablitt contacted Page signalling an interest in the 19-year-old following his 1986 season at Kennington, but indicated to the forward that with only five picks per club not to get his hopes up. “I was told I might end up missing out because they could only grab five players, so I sort of left it at that,” Page recalled on Wednesday. “But a couple of weeks later they told me I’d been drafted with their fifth pick. “Murray then came down and presented me with a contract that was a real eye-opener with some of the figures that were being thrown around if you were good enough to play senior footy, so it was fairly mind boggling for a young bloke who had only been playing a year-and-half of senior footy at Kennington.” Having been drafted in late November, Page, who had been working with the Bendigo Building Society, moved to Melbourne in January of 1987 to get stuck into pre-season with the Saints, who had just appointed Darrel Baldock their new coach. Page spent the season playing in the reserves coached by Gary Colling. “I don’t think I had a bad year… I think I kicked high 30s and might have finished second in the goalkicking,” Page said. “At the end of the day it was a fantastic learning curve. It was the year Tony Lockett won the Brownlow, so I was in awe of a player of his calibre and popularity. “And with the likes of Danny Frawley, Trevor Barker and those sort of guys there as well, it was fantastic to be able to train with them.” Lockett tied with Hawthorn’s John Platten for the 1987 Brownlow Medal in what was a season in which he kicked 117 goals. “I don’t think Tony knew my name, but after each game when I came in and the seniors were ready to go out, he’d say, ‘hey mate, long stops or moulded today’, so I’d tell him what was best and that’s my input into Tony Lockett’s magnificent career,” Page said. Page can also recall the first senior match of what would become a 323-game career at the Saints for Nathan Burke. “I had played four or five really good games in a row and they said they were looking at me for the seniors,” Page said. “They announced one night two or three changes for the senior team and said one of the inclusions was a young fella who’d played four or five good games in the reserves, so I thought here’s my chance. But they welcomed Nathan Burke for his first senior game… and the rest is history.” Page joined SANFL club South Adelaide in 1988, despite being re-contracted by the Saints, and hasn’t left South Australia since.

While Page spent 1987 at St Kilda, Newlan’s stint at Carlton in early ’87 – a season in which the Blues would go on to win the flag – was short-lived. “I played some under-19 practice matches, but things didn’t work out and that was basically the end of that pretty quickly,” said Newlan, who recalls he was officially notified of his drafting by the Blues via the post. Darren Newlan, who was selected by Carlton with pick 64 in the 1986 VFL National Draft from Golden Square. “Sometimes you sit back and wonder what could have happened if you applied yourself a bit more, but when I was young I was a fairly cocksure sort of bloke and my thinking was I’ll just go back down in another couple of years and have another crack. “There wasn’t the support like there is today. It was either go down there and be homesick and do the training when you’re told to, or don’t do it. “So I thought, bugger it, I’ll just do it again in a couple of years, but it didn’t work out that way.” Instead, Newlan played the rest of his football career around country Victoria before retiring at age 27.

Sexton was drafted by Richmond four days after turning 17 and having spent 1986 playing under-16.5's with Marist Catholic College, and later four under-18 games with Sandhurst. However, Sexton stayed in Bendigo in 1987 to finish school at Marist Catholic College and play senior football with Sandhurst, before making the move in 1988 to not only join Richmond, but also juggle his first year of chiropratic studies. Sexton spent 1988 in the Richmond under-19s, coached by Doug Searl, before his season was cut short when he developed knee tendonitis. Sexton could have gone to Carlton through zone recruiting, which had still been in place in the lead-up to the 1986 Draft, and had been part of the Blues’ Bert Deacon Scholarship Squad, but admits he was seduced by the attention from Richmond. “I think Carlton probably assumed a lot, but I was seduced by the fact Richmond really wanted me and I suppose it made you feel important,” Sexton said. Having played a season of senior football with Sandhurst in 1987, looking back, Sexton says spending 1988 in the under-19s at Richmond was a step backwards. “The VFL under-19 competition was strong, but coming from playing senior footy in the Bendigo league against men; I remember playing on Northern United’s Gerard Geary in that year of senior footy… now there’s a lesson in footy,” Sexton said. “You compare chasing someone like Gerard Geary around to then playing against some precocious 17-year-old kid, it’s a funny way to go about it and probably didn’t work out too well for me. “It was just a bit too much of a transition for me getting to know players, play that VFL under-19 style of footy and cope with my first year of university. Matt Sexton in 1988 when he was on Richmond's list. Sexton was pick No.30 in the 1986 VFL National Draft.“Once I finished up 1988 I didn’t bother fronting up the next year. No-one from Richmond contacted me and I just got de-listed.” Sexton returned to Sandhurst in 1989, got back to enjoying his footy and was then given a second crack at league level when Melbourne picked him at No.53 in the 1989 pre-season draft. Sexton played 13 reserves games with the Demons, before returning to Sandhurst later that 1990 season and going on to carve out a career of more than 300 games and a 2004 flag with the Dragons. 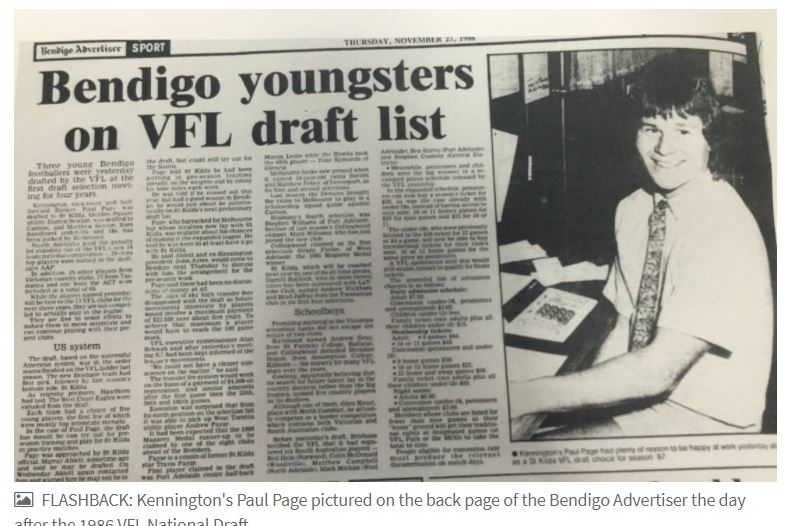