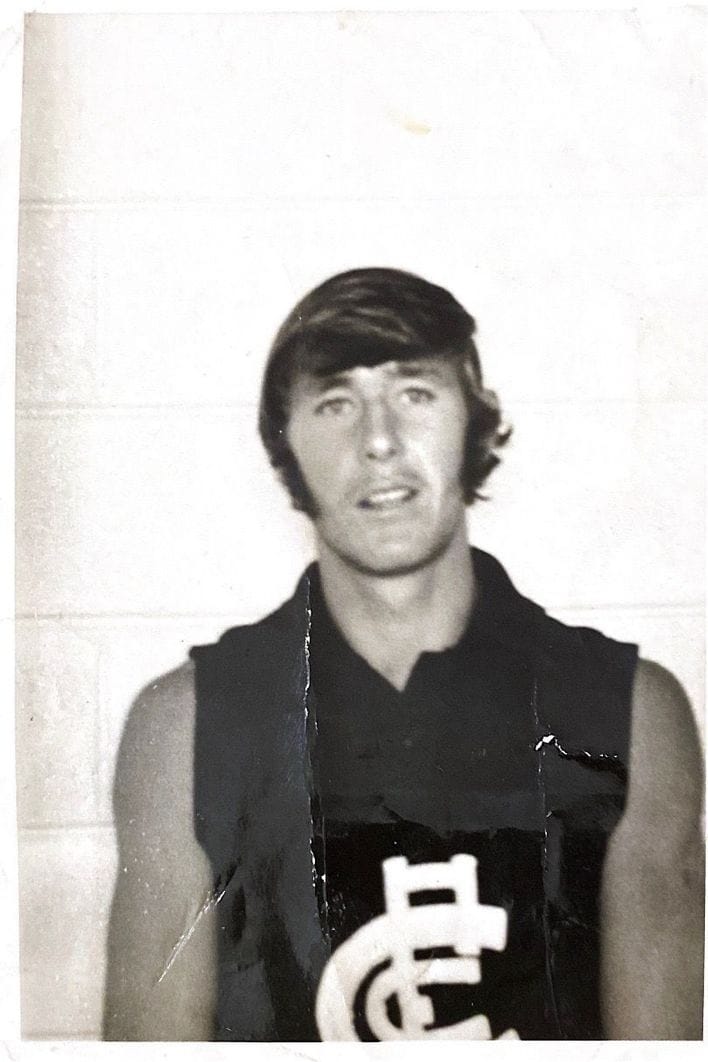 
Wearing guernsey #47, Gutterson played a single game for Carlton in Season 1971. Gutterson was 183cm in height and weighed 71 kilos. His game was against Fitzroy at Princes Park and Carlton won by 15 points. Daryl was nicknamed 'Dizzy' by team mate Brent Crosswell due to his blistering pace. Gutterson's second cousin Jim Gutterson played with Footscray.

Gutterson was recruited from Lalor in 1969 as he was zoned with the Blues recruitment zone, and he graduated from the Blues U/19's to play a senior game with the Blues.

Gutterson wore No.54 in 1970 when he played reserves grade for the Blues.


For 'Dizzy', one game was an honour.
https://www.carltonfc.com.au/news/798452/for-dizzy-one-game-was-an-honour