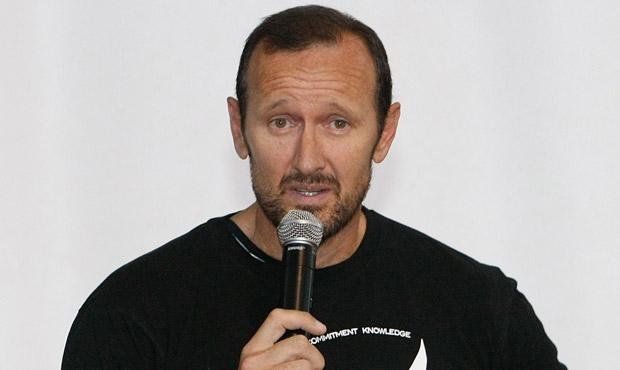 
David Buttifant was appointed Carlton’s High Performance Manager when he joined the club in September, 2013. A former Richmond player with outstanding credentials in the field of sports science, he was a long-time associate of Carlton coach Mick Malthouse.

Way back in 1987, Buttifant had played two senior matches for Richmond, before retiring early and dedicating himself to the study of exercise physiology and human movement. In time he earned a PhD, a Masters degree in Business Administration and became an Associate Professor at the Australian Catholic University. During the 1990s he returned to elite-level football as Fitness Manager at North Melbourne, before he was appointed as Senior Sports Scientist with Australia’s Sydney 2000 Olympic team.

After the Games, Buttifant embarked on a 13-year career as Sports Science Director at Collingwood, where he pioneered high altitude training and became a trusted confidante of senior coach Mick Malthouse. Under Malthouse and Buttifant, the Magpies reached four Grand Finals and broke through for a Premiership in 2010. During the same period, the pair also co-authored a book, "The Ox Is Slow But The Earth Is Patient."

After Collingwood lost the 2011 Grand Final to Geelong, Malthouse left the club in acrimonious circumstances and spent a year in the commentary box, before fate drew him to Carlton in 2013. Meanwhile, Buttifant had stayed on at Collingwood, although it was obvious that given the depth of their relationship, the close friends would reunite sooner or later.

That conviction rang true when Buttifant resigned his position at Collingwood shortly after the Pies lost an intense Elimination Final to Port Adelaide in the first week of September, 2013. A fortnight later, he was welcomed to Princes Park by Carlton Football Manager Andrew McKay, who said; “David’s experience and track record throughout his time in the AFL system is exactly what our football club requires in its pursuit of success. We are very pleased to have landed such a highly regarded person for this important role within the football department.”

Although it was hailed as the right decision when it was announced, Malthouse's brief tenure at Princes Park was a disaster. Severely weakened by the departure of key players like Eddie Betts, Jarrad Waite, Mitch Robinson and Jeff Garlett, as well as injuries to a number of others, Carlton became one of the easybeats of the competition. In May 2015, while the battered Blues were on the way to finishing on the bottom of the ladder, Malthouse was sacked and replaced by his senior assistant, John Barker, on a caretaker basis.

Given the close working relationship between Buttifant and Malthouse, it came as no surprise when Buttifant also left Princes Park at the end of that season. He had been told by the club that his position at had been made redundant, and elected to move on.