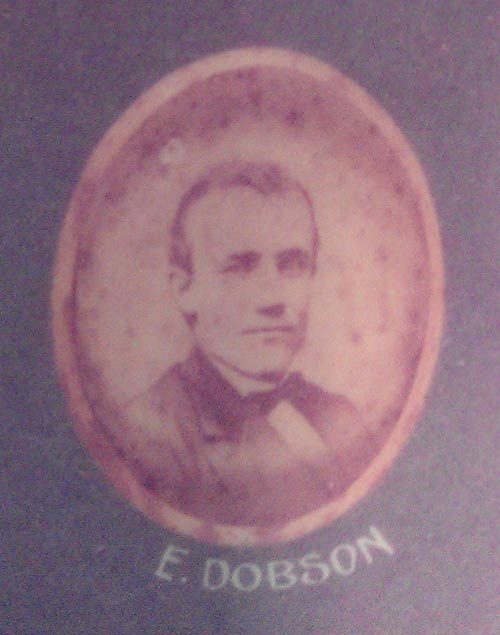 E. Dobson and or J. Dobson

1869 August 28
Dobson played in the Carlton-Melbourne nil all drawn game at the M.C.G.

1869 September 4
Dobson named in the 24 man Second Twenty squad that played the Hobson's Bay Railway Club at the Melbourne Ground.

1870 The Argus has Dobson named as an emergency for the Carlton-Melbourne match June 11.

1871 October 7
E. Dobson was named as an emergency for the Challenge Cup final against Melbourne