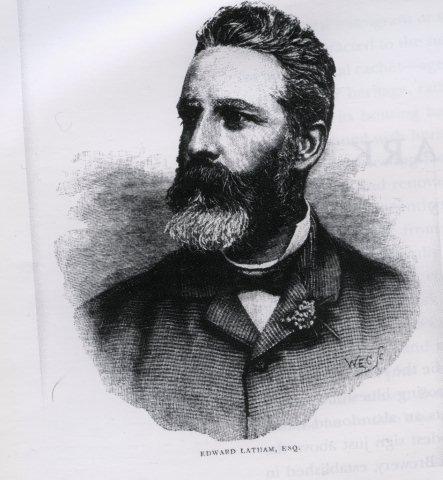 
Edward Latham was born in Liverpool England on July 20 1839.
His parents died when he was aged five, and Ed was put into an orphanage. By 1855 he was working in a soap-boiling factory in Lancashire England.
In 1864 Edward and his eldest brother emigrated to Melbourne, unfortunately the day after their arrival his brother died of consumption (TB).

Edward then set out to Tasmania to seek his fortune, however this did not eventuate. While there he married, and he was given a letter of introduction to the well connected G. M. Milne in Melbourne.
Back in Victoria, Milne and Latham looked for a business venture and decided on brewing. They bought a small brewery in Bouverie Street called the Carlton Brewery. The two turned around the fortunes of the brewery in twelve months, from producing 50 hogsheads of Carlton Ale, to 500 per week, and later onto 1200!

Milne then retired, and Latham become the sole owner. 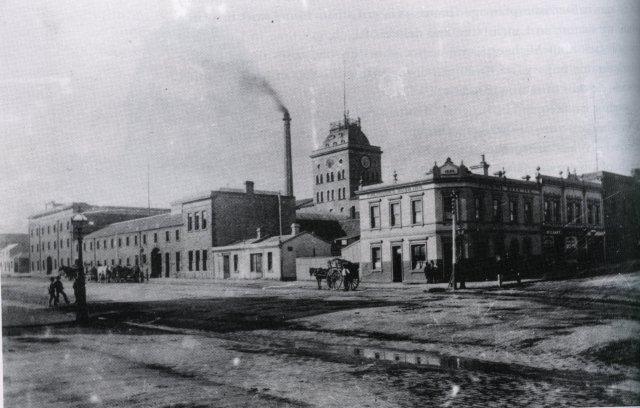 He accquired the land around the brewery and extended the brewery buildings, the brewery became a Melbourne landmark for more than 100 years. The bluestone walls and the malt house are all that now remain.
By 1872 he had purchased his residence "Sefton House" in Madeline Street (now Swanston Street) Carlton, and other properties in Kew, Carlton, Queenscliff and Bairnsdale. Latham was a major contributor to the building of Melbourne's St. Paul's Cathedral. By the mid 1880's he had sold his brewing interests to the Melbourne Brewing and Malting Company but still held a position as a director and moved to his mansion in Kew.

Edward's daughter Bertha married William Baillieu a founder of the Real Estate Bank, and Latham was drawn into land speculation by guaranteeing Baillieu's overdrafts at the Commercial Bank. Both lost heavily when the land boom went bust, triggering the 1890's Depression.

Latham's wife and son both died in 1894, and in September 1895 he married Emma Baillieu sister of his son-in-law William.
He managed the Richmond Brewery until 1901 when it was absorbed by Carlton and United Breweries. His financial position did not recover.

He died at home at "Knowsley" Camberwell July 03 1905, aged 65. Edward Latham was buried at Boroondara Cemetery.

Right, the Carlton Brewery in the early 1880's with the Bush Inn Hotel at the front, on the corner of Victoria & Bouverie Streets.

To read the Geelong Advertiser's description of the building at the corner of Gellibrand and Stokes Streets, click here> http://nla.gov.au/nla.news-article150431514 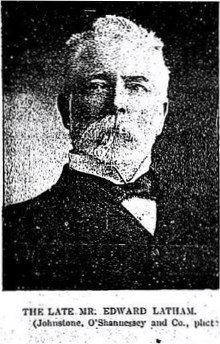