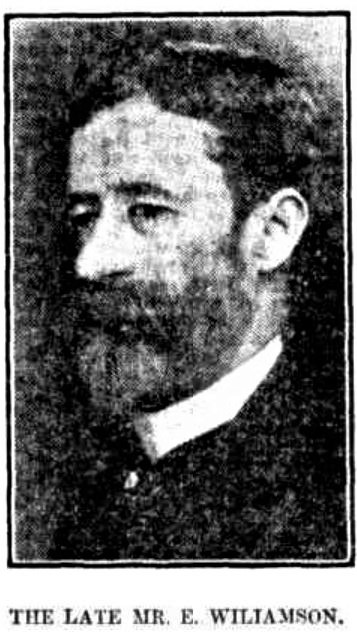 1874 September 12
Williamson named in team to play St.Kilda at St.Kilda.

1875 May 08
Williamson named in The Argus to be in the Carlton First Twenty side to play a Carlton 25 in a scratch match at Royal Park.

1876 Does well when placed on the wings forward; speedy and a decent drop, but has not throughly graduated in the knack of running with the ball, of which he is very fond.
(The Footballer 1876. p35)

Williamson retired at the end of the 1876 season.

Former Carlton player and VFA/SAFL umpire Frank Coffey in his sports column in the newspaper "Sport" writes about E. "Ted" Williamson in 1926.
He was born in 1858 and died 26 July 1927 aged 69
In his columns Frank would occasionally write about watching Carlton playing in Royal Park in the 1870's.
Frank's column is titled "The Biscuit Man" and The News' photo (below) confirms this. 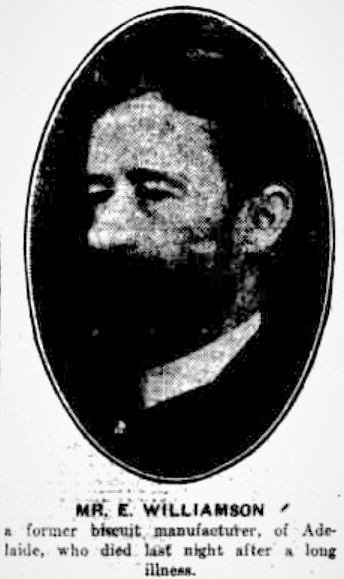