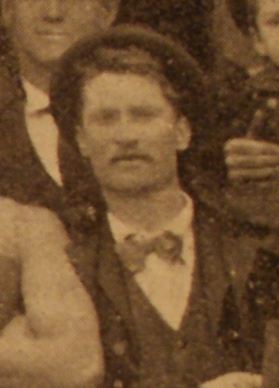 1899 F. Johnson appears in a photo along with the Carlton team taken before a match against St. Kilda.