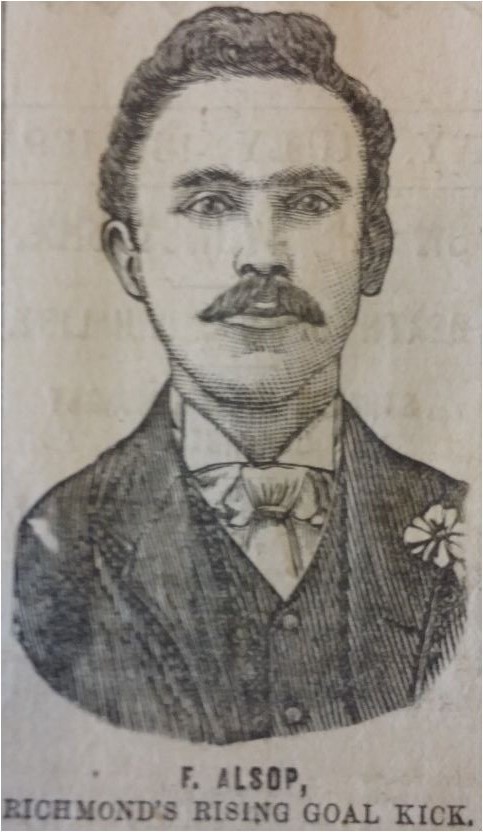 A goal-sneak, recruited from Camberwell in 1892.

1891 April 25
A player named F. Alsop of the Camberwell Club played in a Combined Juniors team that played and defeated Carlton on the East Melbourne C.G. in a pre season match.

1892 May 07
Alsop was named in the Carlton squad of 26 to play Collingwood at Victoria Park.
This was Collingwood's first game in the V.F.A.

1892 May 31
Alsop played in the Tuesday match against South Adelaide at the M.C.G.

1892 CFC Annual Report, Alsop scored 5 goals during the season.
This number would include non premiership matches.