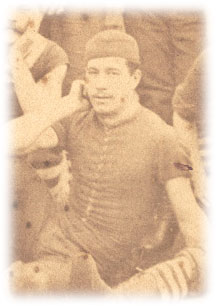 1881 A new recruit from Essendon, and did well.
(Centenary Souvenir of Carlton Football Club, p15)

F. McIntosh was a member of the Carlton Football Club tour to Adelaide.
He was mentioned amongst players as giving great service to the club in 1881.
(The Carlton Story, H.Buggy and H.Bell, p50,51)


1881 A most popular and good tempered player, active and energetic as a follower, in fact plays anywhere with skill and judgment, and in the true football spirit.
(The Footballer. 1881. p23)

1882 May 24 Wednesday Queen's Birthday
McIntosh was named in the 23 man Carlton Reserves squad that played Colac at Colac.

1887 F. McIntosh of the First Twenty, was presented with an illuminated address for giving the club long service at the Carlton general meeting held Friday 1st. April 1887.

1890 March 29
F. McIntosh was elected onto the Carlton committee at the AGM.

1896
Omeo; November Friday 13
Frederick McIntosh, a well known resident of Omeo met with a fatal accident on Wednesday evening while returning from Sheepstation......Going towards Swift's Creek he jumped his horse over a low fence, and the animal struck the top rail and threw Mr. McIntosh out of the saddle. He was immediately picked up unconscious, and taken to Swift's Creek, where he died early this morning without regaining consciousness. He leaves a widow and several young children.
Mr. McIntosh was formerly a leading member of the Carlton Football team.
(The Argus Saturday November 14 1896 p10.)
McIntosh late of North Fitzroy was 35 years old.

McIntosh had been returning home from the christening ceremony of the Highland Chief gold mine's machinery, Sheepstation Creek on Ezards Track near Brookville (12km sw Swift's Ck), on the day of his fatal accident.

Fred and his wife Pamela had bought a grocery, timber supply and ironmongery store in Omeo. They had contracts to supply mining companies and at Sheep Station Creek. After Fred's death Mrs Mcintosh continued to run the store.

Fred is buried at the Omeo Cemetery. 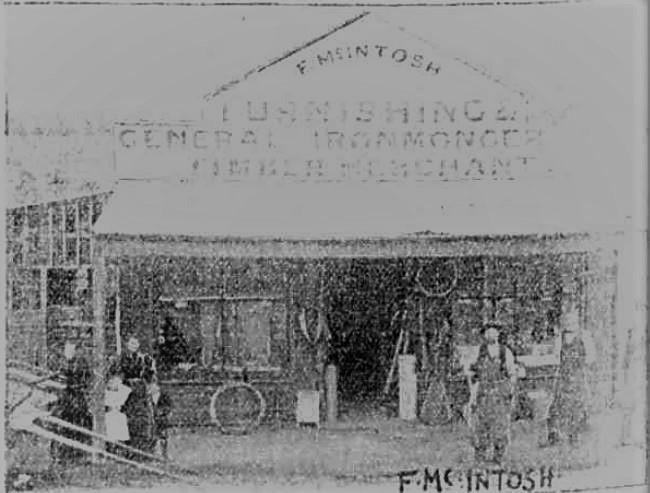 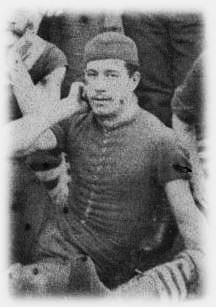 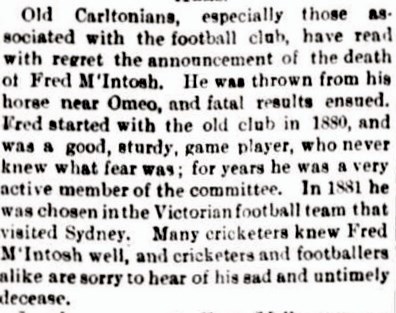 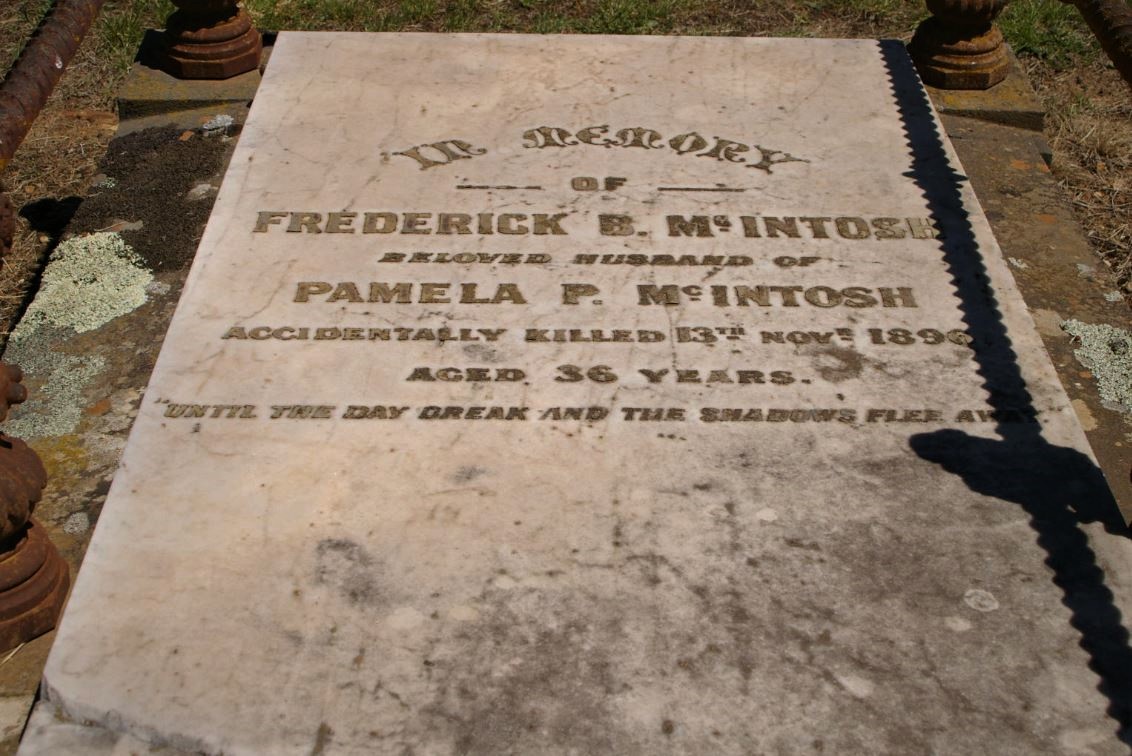 McIntosh's headstone at Omeo Cemetery. Image courtesy of Carol's Headstone Photographs web site.
Note: It says Frederick B. McIntosh.Carol has provided documentation that his middle name is Bury, and not Dury. 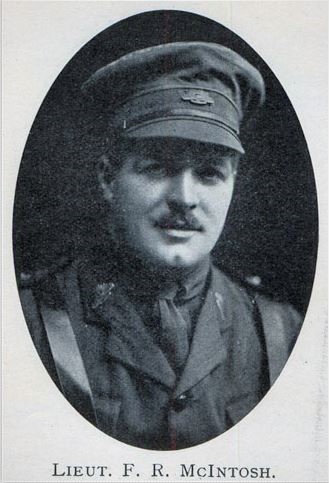 Fred's son Frederick Richard McIntosh (born 23 July 1893) played VFL football first for University (1913-14) for 25 games and then Essendon (1915) for 14 games before enlisting in the AIF.
Lt. McIntosh of the 59th Batt. AIF died from machine gun wounds received at Polygon Wood Belgium on 26 September 1917. He was admitted to the 6th Australian Field Ambulance and 3rd.Canadian Casualty Clearing Station where he died on September 28, he was 24. He is buried at Lijssenthoek Military Cemetery Belgium. Plot XXV Row D Grave No.17 (Image and info. courtesy Scotch College web site)