Gary Schiele played reserves grade football for Carlton from 1972 to 1973.

Schiele was recruited from Heathcote which was located within Carlton's rich recruiting zone of Bendigo and its surrounding football competitions. He came to Carlton as a 17 year old in 1972, in the same year he joined the police force as a cadet. In his first season with the Blues Schiele proved to be very handy around the goals coming 3rd in the goalkicking for the club and 19th overall in the completion with 27 goals. This included 5 goals kicked during the 1972 reserves finals series.

Schiele started the 1973 season off the same way featuring early on in the season in the goalkickers but half way through 1973 Schiele broke his ankle playing in the reserves and it was never picked up by the medical staff. After weeks of treatment for a sprained ankle I went back home to Heathcote as he could not keep up with the training and playing requirements due to the condition of his ankle.

In 1974 Schiele was signed to play with Werribee in the VFA where he played until 1976, in his time at Werribee he played mainly as a full forward and won the club goal kicking in 1974 and 1976.

In 1977 he transferred to Bendigo in his employment and signed with Eaglehawk in the Bendigo Football League where he played as full forward then was later moved to Full Back. It was here that the medical staff picked up on the earlier broken ankle and removed a floating bone from his ankle. It was after this operation that he was able to play without pain again.

In 1981 Schiele was appointed Captain Coach of Northern United Football Club where we advance to the Grand Final but was beaten by Kangaroo Flat.

He then transferred to Mortlake and was Captain Coach there in 1982 and 1983 and won the league goal kicking in 1982 with 78 goals.

In 1984 he moved to Grassmere in the Warrnambool District League where again he topped the league goal kicking with 120 goals.

In 1985 he transferred to Minyip in the Wimmera League and was Captain Coach for the Minyip Football Club.

After playing at a high standard for the past 15 year Schiele retired as a player in 1987 (well that was the intention anyway).

When Schiele transferred to Omeo, the Omeo Football Club in the Omeo District Football League was very short of numbers in 1990 so he pull on the boots again and started playing to help the club out in its time of need. In 1991 Schiele won the league goal kicking with 120 goals and was also a member of the premiership teams that won back-to-back flags in 1991 in 1992. He then retired but still remained actively involved with the club with various roles such as a Club runner and trainer until 1996.

Schiele then transferred to Bruthen and coached the Bruthen Football Club in the Omeo District Football League in 1997 to a Grand final which was lost. 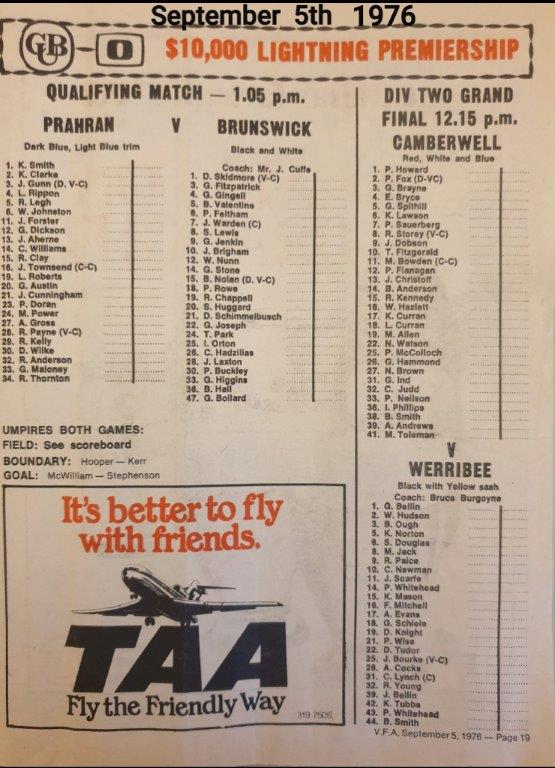