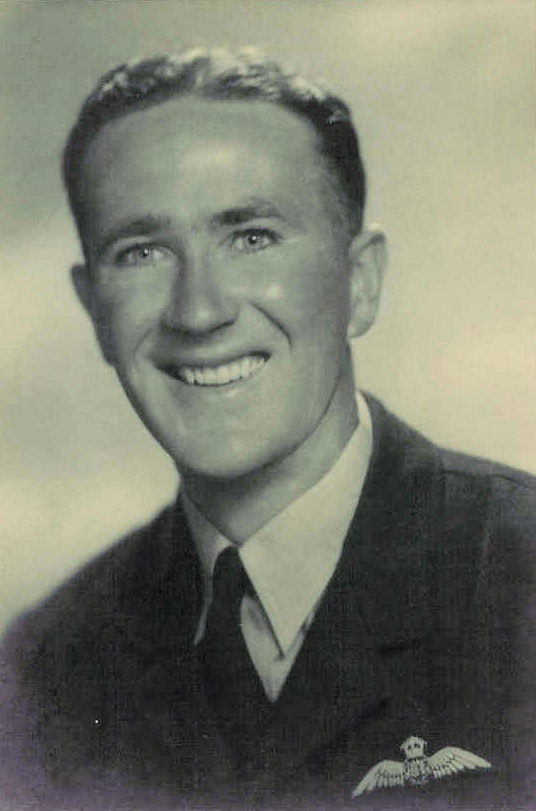 Harc Dowsley came to Carlton in 1941, only a few weeks before he was called up for service with the RAAF in World War II. A rangy, long-kicking defender who was straining at the leash in Melbourne’s Reserves at the time, he was convinced to try his luck at Princes Park by future Carlton captain Jim Francis, and turned himself into a capable forward who kicked four goals on debut.

Born in Essendon, Dowsley had been an outstanding junior sportsman at Melbourne Grammar School. After graduating, he came under notice as an attacking full-back with Old Melburnians, with whom he won successive B and A section Premierships 1938 and 1939. When war erupted in 1939, he volunteered to join the RAAF, but was told that he would have to wait until the authorities were better organised to cope with the sheer volume of applicants. In the meantime, he signed on with the Militia, or army reserve - aiming to be trained in the basics of military life before his call-up came.

Fired with a burning ambition to play both first-class cricket and league football, Dowsley kept his amateur status throughout his career. By early 1941 he was at Melbourne, playing consistent football for the seconds, and waiting in vain for a chance with the senior team. It was then that he met Francis, who convinced him that if he was prepared to play forward, there was a place waiting for him in the seniors at Carlton. Knowing that he would be called into uniform sooner rather than later, he took the punt and crossed to Princes Park.

Blues coach Percy Bentley was impressed enough by Dowsley’s aerial skills and his prodigious right-foot kicking to name him at full-forward for Carlton’s round five match against St Kilda at the Junction Oval on the last Saturday in May, 1941. The Saints were languishing on the bottom of the ladder at the time, but served it up to Carlton all match and got to within 18 points at the final siren. Dowsley made an auspicious debut when he marked and goaled with his first kick, and ended up with four for the day.

He managed another two goals in the first quarter against Collingwood the following week at Princes Park, only to then be rammed head-first into the boundary fence and knocked unconscious. Carlton won to ease the pain, but the arrival of his call-up notice on the following Monday meant that the round seven game against Melbourne in mid-June at the MCG was to be his last. In that swansong match, he kicked one more goal to take his career total to seven, then answered the call and went off to serve his country.

Months of training ensued before Harc was commissioned as a pilot officer and assigned to Catalina flying-boats. A versatile and reliable aircraft that took off and landed on water, the Catalina carried a crew of eight and operated in every theatre of war. For four years, Harc and his crew battled heavily-armed Japanese fighters, anti-aircraft fire, tropical storms and fatigue as they flew daytime and night-time missions against the Japanese in the south-west Pacific.

Japan eventually surrendered to the Allied forces at last in August 1945, and Dowsley was discharged in April of the following year. By then he was still a comparatively young man of 26, but he didn’t return to the football field like many of his former team-mates. Instead, he turned to his other great sporting love and played with distinction for both the Melbourne Cricket Club and Victoria. A hard-hitting right-hand opening batsman, he captained the MCC to the VCA Premiership in 1948-49, and represented his state seven times in the Sheffield Shield.

Articles: They were a Great Mob - the Harcourt Dowsley Story | A Memorable Game...with Harc Dowsley