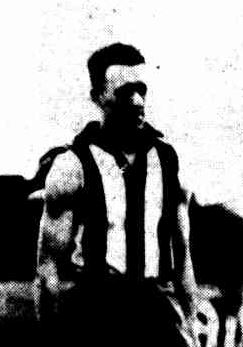 Wearing guernsey #10, McPherson played 8 games and kicked 2 goals after first pulling on the boots for the Blues in Season 1925. He was born in Longwood (between Avenel and Euroa). He was recruited from the Fire Brigade FC, prior to that, he had played for Essendon Reserves, Essendon Districts and Prahran VFA.

Later, McPherson played one game for St Kilda in the 1928 Season.