Iggy Vallejo played reserve grade football for Carlton from 1999 to 2000, Iggy grew up following the Blues and had the opportunity to represent them at Reserves grade level.

Iggy Vallejo is not of aboriginal heritage as originally thought, his dad is Spanish and his mum is of Portugese /Timorese background.

In 2009, Vallejo became the 20th St Marys player to win the Nichols Medal when he won the NTFL's best and fairest award by six votes. The classy midfielder is St Marys' fourth medallist in the past five seasons after he polled 19 votes to beat Nightcliff on-baller and 2008 winner Warren Berto on 13. An emotional Vallejo told a big crowd at SkyCity Casino last night that he was "very humbled to be joining the greats of the game". "That includes my childhood heroes like Michael Athanasiou, Michael Graham and Noel Long," Vallejo said. "It's fantastic to win this award, but now my focus is on the grand final and winning another flag with Saints." Vallejo began the count with three votes in the first two rounds after best on ground performances against Palmerston and Waratahs. More three votes in rounds seven, nine and 11 and a pair of two votes in rounds three and 12 sealed the result for the popular Saint, despite him not polling in the last six rounds. Nichols Medal voting: Iggy Vallejo (StM) 19; Warren Berto (Night) 13; Simon Munkara (Tiwi) 12; Josh Cubillo (Wand) 12; Mark McLean (Dist) 11; Ky Miller (Dar) 11; Thomas Mount (War) 10. - NT News 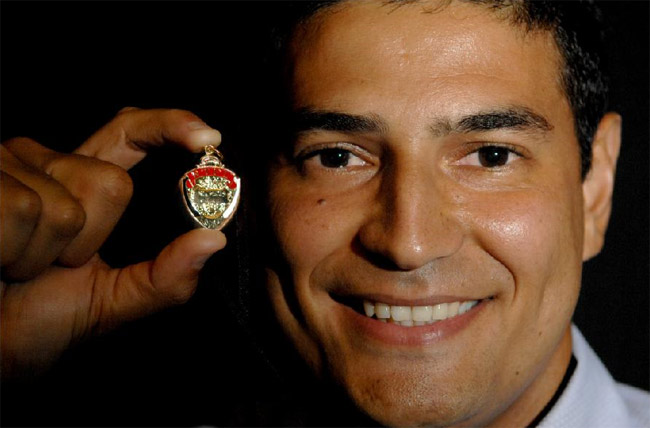