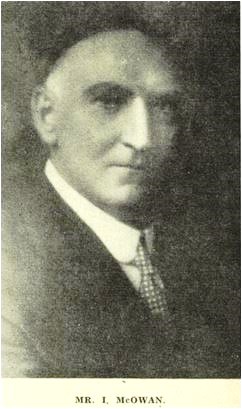 Occasionally some newspapers mispelt as McAwon.

Recruited from South St.Kilda in 1891

1891 September 26
McOwan was named by The Argus as best on the ground in the final match of the season against Fitzroy at Brunswick Street.

1891 McOwan played at least 10 games.
He was named in team squads for another 9 games. As every player is not mentioned in the match reports it is difficult to tell if he actually played. It is most likely that he did.

1891 McOwan named as one of Carlton's better players for the season.


1892 One of Carlton's better players until his departure for Fiji. (August 1892)
(The Carlton Story, H.Buggy and H.Bell, p69,71)
Islay played his final game on August 27 against Fitzroy at the Brunswick Street oval.
He went to Fiji to take up an administrative position in the colonial government.

1948 Islay McOwan passed away on his birthday aged 77 years in Sydney. 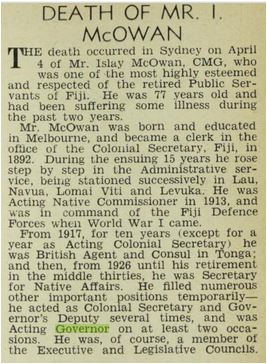 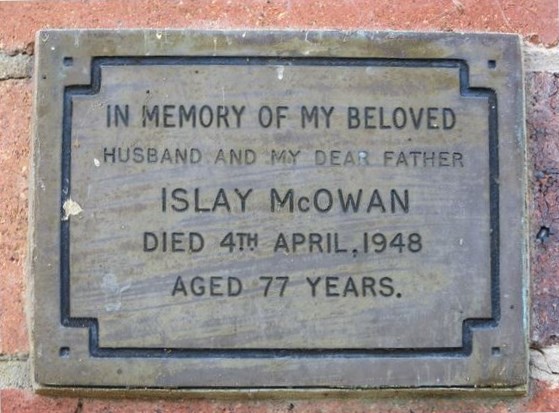