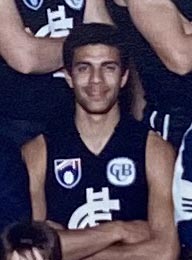 Jerry Martinov was recruited to Carlton with good mate Anthony Koutoufides from East Thomastown via Lalor. Both he and Kouta were outstanding athletes. Martinov at one stage was the Victorian State Champion in the 100 m, 200 m sprints and the long jump. Martinov also came 2nd or 3rd on multiple occasions at National level. A truly talented individual.

In 1992 Jerry Martinov would play 3 games with VFA club Coburg. 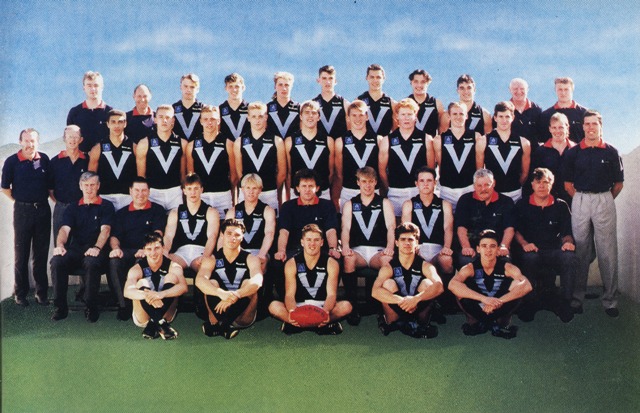 Jerry Martinov (second back row, first player on the left standing next to Anthony Koutoufides) 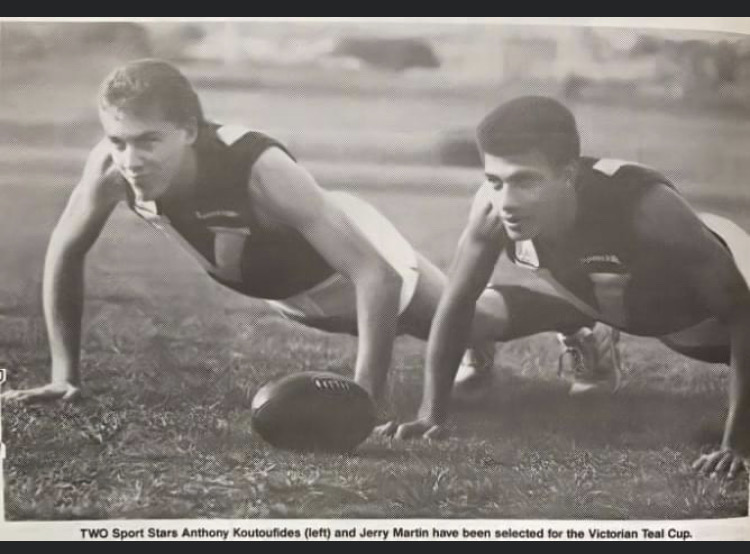 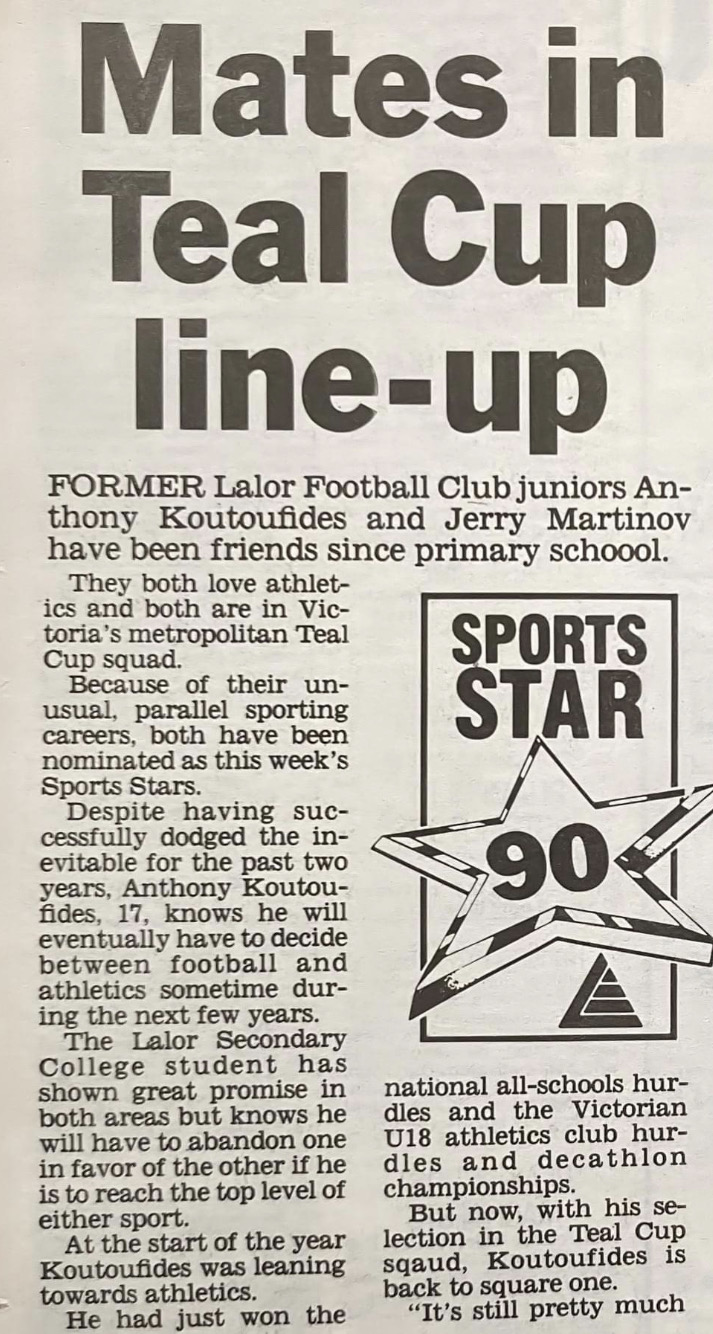 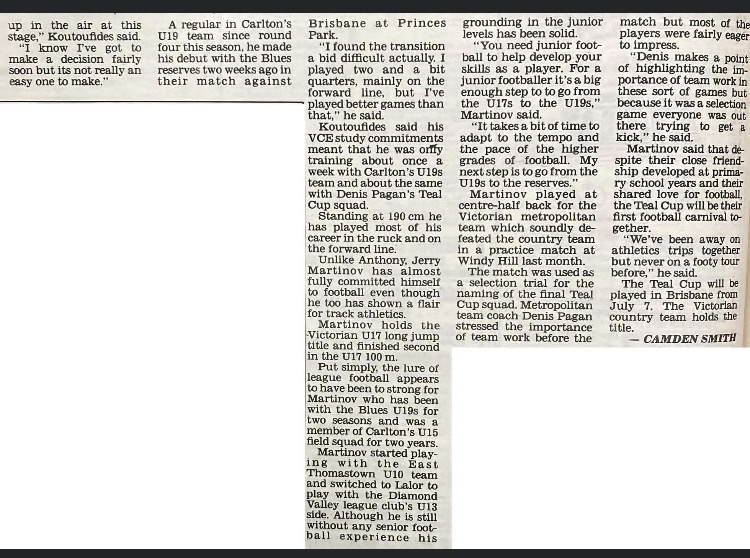