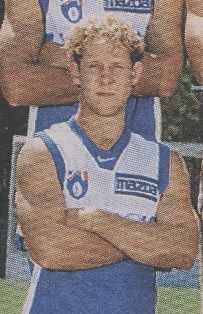 John Spaull starred against Aaron Hamill in a Carlton Interclub pre-season practise match in 1999 and was then drafted by North Melbourne at pick 11 in the 1999 Preseason Draft. He wore number 25 at North and played 18 games and scored 1 goal for North's Reserves during 1999. He made his League debut in 2000 and played to the end of 2001 for a total of 8 games and 5 goals.

John Spaull was recruited from Rosebud