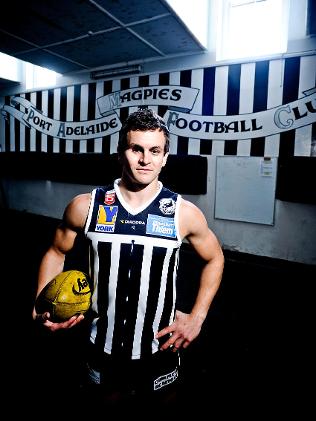 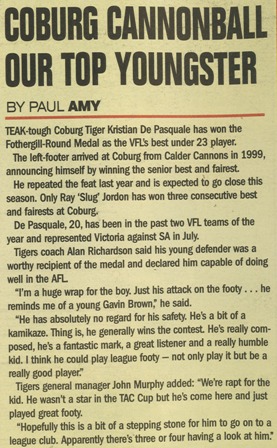 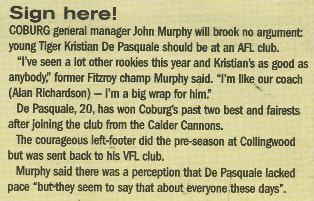 He was playing at VFA Club Coburg when he was called up to play reserve grade football for the Blues. De Pasquale would head back to VFL club Coburg, whilst at Coburg he won the club's best and fairest award in 1999 and 2000. His player profile from the VFL representative game he played in 2002 labelled him as "titanium-tough". In 2002, he was named in the VFL team of the year in the back pocket. In 2004, he crossed the border to play with SANFL club Port Adelaide. Here he would play over 100 games and win the club's best and fairest in his first year at the club in 2004.

De Pasquale would win the Fothergill / Round Medal in 2001 it is presented to the most promising young talent in the VFL competition.