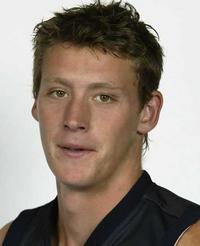 Speculation continued in 2004 and 2005 that he may get drafted, but Angwin appeared to have used his last chance. Phenomenal talent, phenomenal waste. After playing football in QLD, and later Moonee Valley in the EDFL, he was playing footy with Wyndhamvale in the WRFL in Melbourne's outer western suburbs in 2013.

In 2013, it was reported that Angwin was playing for Ouyen United, along with former AFL players Damian Cupido, Relton Roberts and Kane Munro, in the Mallee Football League.