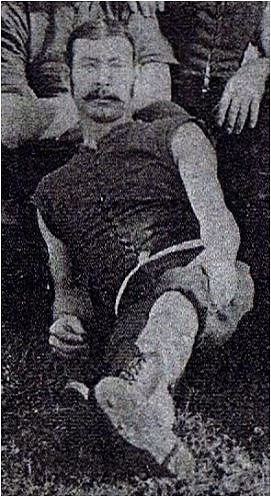 Left; M. J. F. Slattery from the photo of the Carlton team in Adelaide 1884

Finished third in the Second Twenty drop kick competition with a kick of 57 yards 7 inches held at Princes Park on Saturday 9 Sept. 1880.

Slattery was named as one of Carlton's better players in it's "scratch team" win over Essendon in 1883.
(The Carlton Story, H.Buggy and H.Bell, p55)

1885 May 25
Slattery was named in the Carlton Second Twenty team squad of 23 that played Daylesford at Daylesford on the Queen's Birthday Holiday.

1886 June 26
Slattery was named among Carlton Second Twenty or Reserves better players in the thrashing by North Park, 6.22 to nil at Princes Oval.