Mark McQuinn played mainly as a ruckman in the U19's for Carlton from 1975 to 1977, and reserve grade football from 1976 to 1977. McQuinn would later play with VFA club Northcote starting with the Dragons in 1979, he would later play in their 1982 premiership team.

Mark McQuinn was recruited from Lalor which was in the Blues metro recruiting zone. 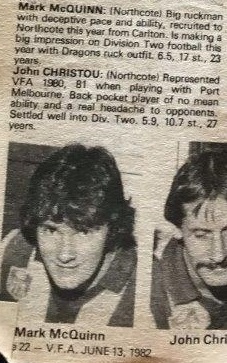 1978 Mark McQuinn in a marking contest against two Yarraville defenders. 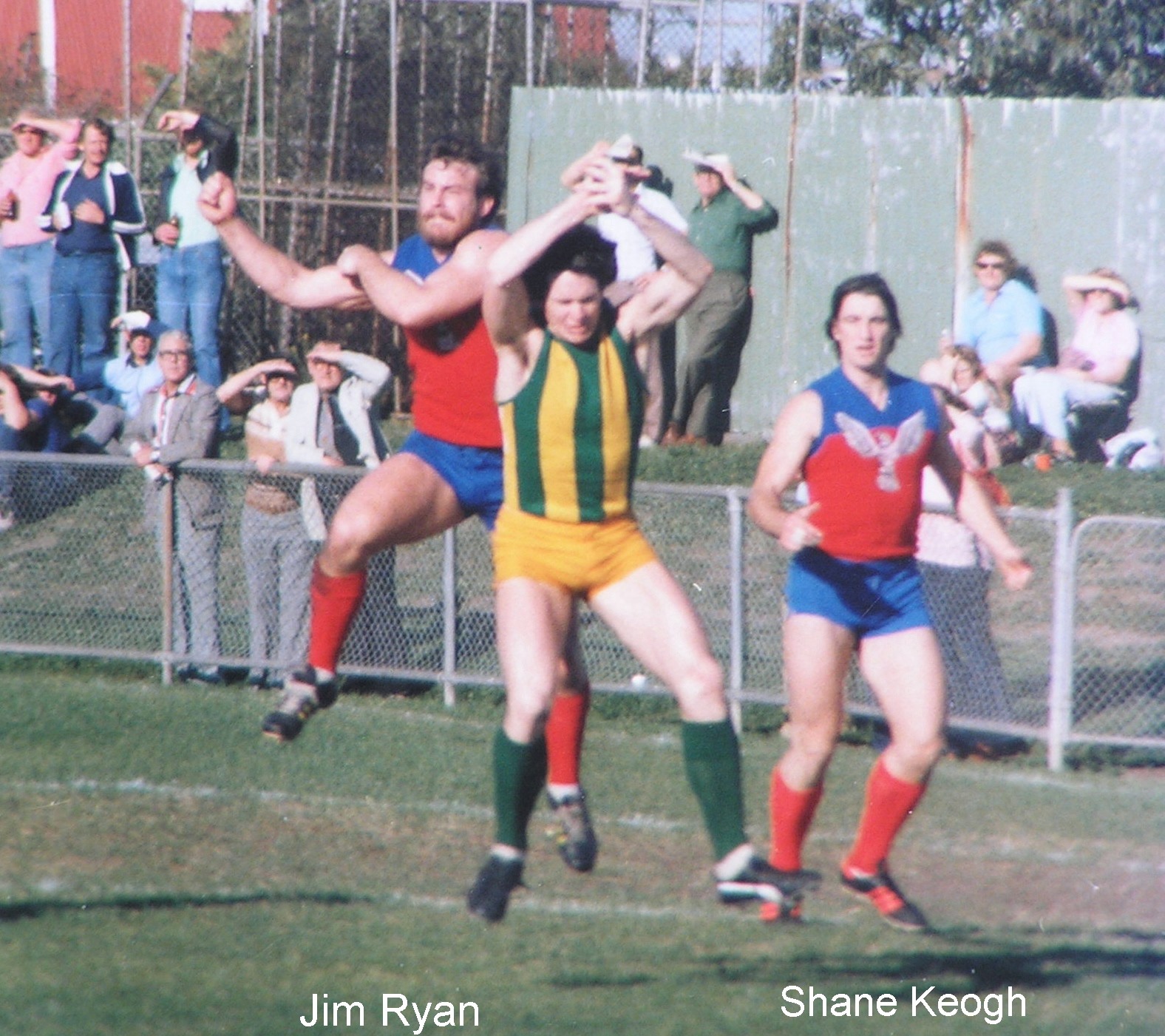