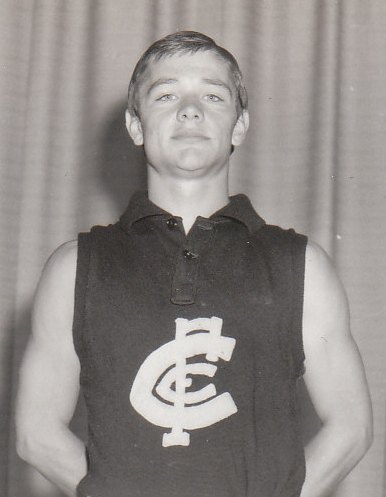 
Maurice joined Carlton U19s in 1966 after 4 years with local junior club, Paramount in U13’s & U15’s. He was awarded Most Consistent player for Carlton U19’S in 1966 at age 16. Maurice credits a lot of his ability to transfer from U15 junior football to U19 VFL football to the coach at the time – Bill Hoogen.

In 1967, at age 17, Maurice won the Best & Fairest for Carlton U19’s (then named the George Millson award) as well as the Morrish Medal for Best & Fairest player in the VFL’s Under 19 competition. In this year, like many of the other younger players, he would sometimes be expected to go in a taxi from playing in the U19’s and come off the bench in Reserve Grade. He played 5 games in the Reserves in 1967.

Although the era was for 5ft 10in rovers and 6ft wingers, Maurice was told by Ron Barrassi he was close to proving this theory wrong, however this wasn’t to be. At 5ft 7in and only 10stone 4lb, although still eligible for U19’s in 1968, Carlton were blessed with a wealth of very good smaller players and the Selection Committee decided to give Maurice an open clearance.

His biggest regrets for his time at Carlton were being at the MCG on Grand Final day of 1967 with football gear ready for a lap of honour with the Grand Final Captains, only to be told that it had been cancelled, also not getting the chance to play 1 senior game.

Highlights were obviously winning the Morrish Medal & roving in a practice match to John Nicholls.

Being a Carlton supporter through and through, the thought of playing for another VFL club didn’t enter Maurice’s mind.

In 1969, Maurice was recruited by Coburg in the then VFA Competition. He played senior football at Coburg for the next 8 years. After approx 130 games & 250 goals, some of his achievements over this period were:

In other years, Maurice had finishes of 4th, 5th & 6th in the club’s Best & Fairest voting. Maurice is a member of the Coburg Hall of Fame. Gale played in Coburg premiership teams in 1970 and 1974.

Maurice again credits having great coaching staff to his ability to play at this level for so long. The likes of Mick Erwin (Richmond & Collingwood), John Dugdale (North Melbourne), Col Kinnear (Swans & Carlton) and Dennis O’Callaghan (Collingwood). Their contribution & dedication have left a strong impression on Maurice to this day. 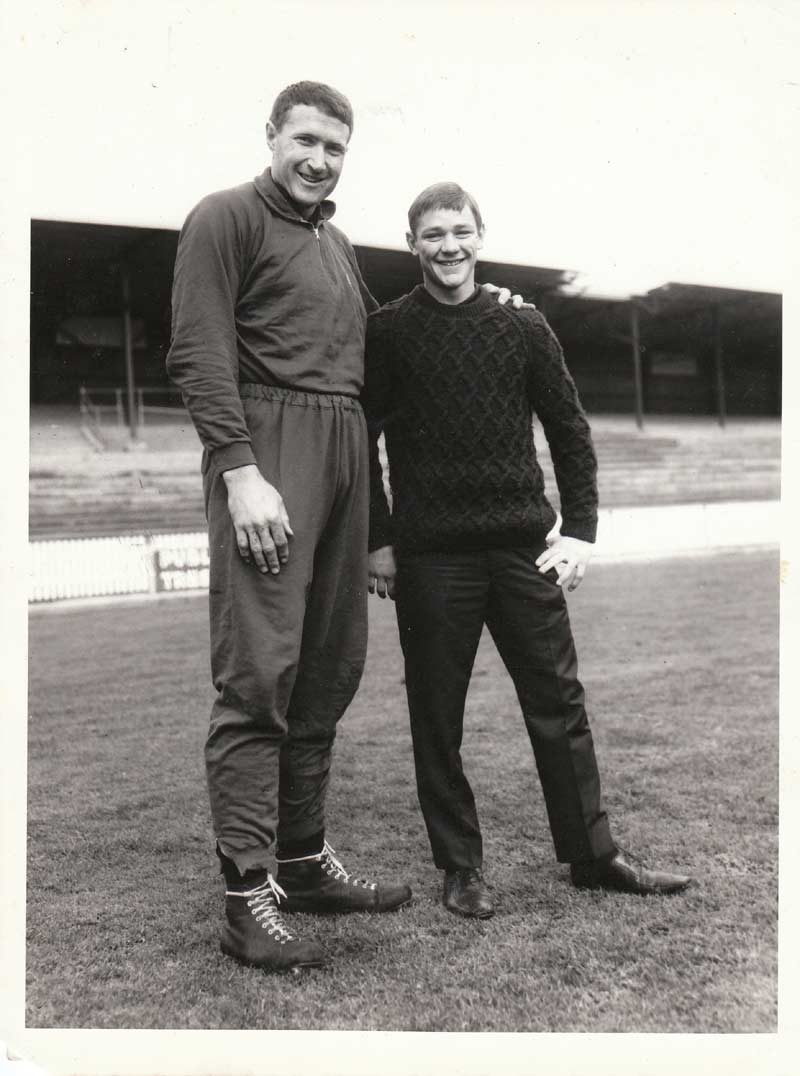 In 1977, Maurice was recruited as captain & Coach of Eltham in the Diamond Valley competition. Just losing a spot in the Grand final by less than a goal, Maurice won the Best & Fairest for Eltham and until 2007 was the last coach to have taken Eltham to the Finals in the Diamond Valley 1st Division. Eltham have been more recently coached by Phil Maylin.

After retiring in 1981, Maurice found “Superules” in 1986. He played for another 5 years and was President of NSW for several years. He counts this as some of the best days of his life, rubbing shoulders with some of his heroes from his younger days including John Murphy, Wayne Harmes, Kelvin Moore, and to complete the full circle, Ron Barrassi when NSW hosted one of the Superules Carnivals.

Maurice has been involved in the Lighting Industry for over 40 years & is currently managing an energy Saving Lighting company in Brisbane. He remains true to the Blues to this day.

Snippet from the 1967 Football Record