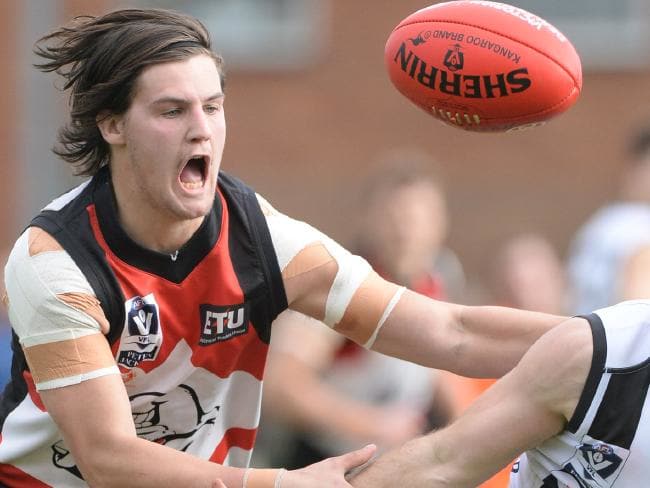 
Nic Newman was recruited to Carlton from Sydney. The Club secured the 25-year-old with a future fourth round pick on deadline day in the trade period. Newman is a smooth-moving defender who is expected to strengthen Carlton’s defensive stocks, with the 25-year-old arriving from Sydney. Newman becomes a Blue after a solid couple of seasons for the Swans, where he played 31 games in two seasons. He played the majority off half-back, with stints on the wing. Averaging 19 disposals over his AFL career, Newman had a career-best 35 disposals in his first win against North Melbourne in Round 8, 2017. After arriving from VFL side Frankston at the end of 2014, Newman has proven himself to be an accomplished performer at senior level, with his precise left foot and ability to rebound from defence his key strengths. With finals experience under his belt and having played the last eight games in 2018 consecutively, Newman could prove to be a shrewd acquisition at his new club. While he had 35 disposals in just his fifth game, his performance the next week was just as good. Coming up against St Kilda, Newman backed things up with another 30 disposals. He also kicked a goal in the third term, had six score involvements and a match-high 650 metres gained. The positives are three-fold for Carlton’s newest recruit: efficiency, versatility and grit. His left foot across half-back is his main asset, hitting targets and launching his side in defence. He is equally adept in the back-line and along the wing, where he spent a fair portion of his time in 2017. Generally, his tackles stay stuck: Newman ranked elite in 2017 with a tackle efficiency rate of 78 percent.

Newman won the 2014 Fothergill-Round-Mitchell Medal whilst playing for Frankston in the VFL, this is an award that is presented to the most promising young talent in the VFL competition.

Newman is the cousin of former Richmond Captain Chris Newman who ironically grew up a fanatical Carlton supporter.