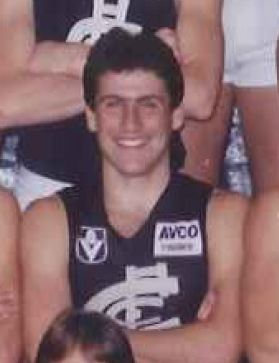 Goodear was recruited from Wangaratta Rovers, he headed back to the club in 1988 and was part of their senior premiership.

Nick Goodear would become a member of the Victorian Police force in which he would later become a senior Detective.