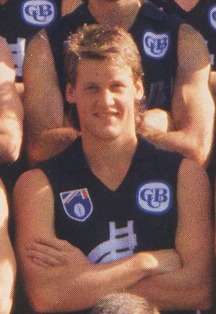 Paul McMaster won the Blues U/19's Best and Fairest in 1990. McMaster played a few years alternating between the U/19's and the Reserves teams (1990 to 1991) as a marking key position forward and back / ruckman. He was eventually delisted and then drafted by Essendon. He was later delisted by Essendon and drafted in the 1992 mid-season draft by the Sydney Swans.

McMaster was originally recruited from Chirnside Park via East Ringwood.