A caretaker coach from Collingwood. 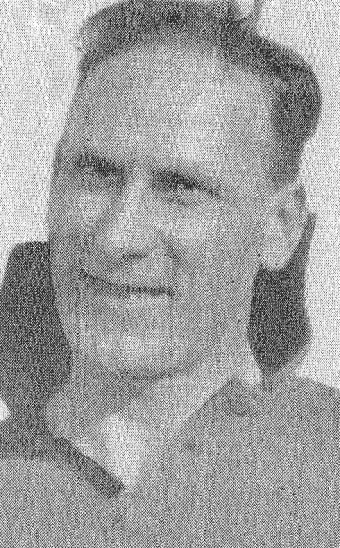 In late 1936, Carlton’s committee was assured that South Melbourne’s Premiership ruckman Brighton Diggins would be available to coach the Blues in the New Year. Therefore, incumbent coach Frank Maher was told that his services were no longer required.

But on the eve of the next season, South’s committee stalled negotiations, and insisted that Diggins remain at the Lake Oval for one more year. In danger of being left high and dry, the Blues appointed former Collingwood hard man Percy Rowe in a caretaker role.

Considered one of the toughest of all Magpies, Rowe had been a bullocking ruckman with a powerful physique and plenty of ‘ticker’. He had briefly captained Collingwood in 1923, and capped his career by playing a big part in Collingwood’s 1925-26 Premiership double. He then went to VFA club Northcote as captain-coach, before retiring as a player to coach Fitzroy in 1935-36. In his one season in charge of the Blues, Rowe took the team to fifth place on the ladder – two points short of fourth-placed Richmond, but with a better percentage.

Perhaps the most memorable of Carlton’s victories under Percy Rowe came in early June, when the Blues thrashed Footscray by 62 points at Princes Park. That game was the first for Carlton’s own legendary hard man Bob Chitty, and it is interesting to contemplate what the veteran coach and the committed youngster saw in each other at their first meeting.

"The chief trouble at Carlton has not been the lack of team work, as at South Melbourne, but the will to fight on and to make winning moves at a critical period. If anyone can help Carlton do these things it should be Rowe.
He was not a polished footballer, but he was one of the rare big men who combined brain with brawn. Some years ago when Rowe played with Collingwood that team was pitted against Richmond in the grand final. Rowe, although a ruck man, took up position in the forward pocket alongside Gordon Coventry. Before the match Coventry had been experiencing a lean period and had lost his confidence. How he regained confidence, kicked seven goals, and made Collingwood premiers is one of the many epics of that team.
It was all due to Rowe. Rowe hardly touched the ball during the game, but every time it went forward he was to be seen cleverly busting the packs away from Coventry. Some free kicks were given in the process, but Coventry was able to escape from the heavy attention of his opponents, and was soon playing in his best style." (The Argus - April 16, 1937)

1978 Rd 7 - Percy shattered over a free kick with Southby & Armstrong close by.