Carlton lost to Melbourne by 9 points - MCG. The game we couldnt and shouldnt have lost - but did as the Demons kicked 7 goals in the last quarter. 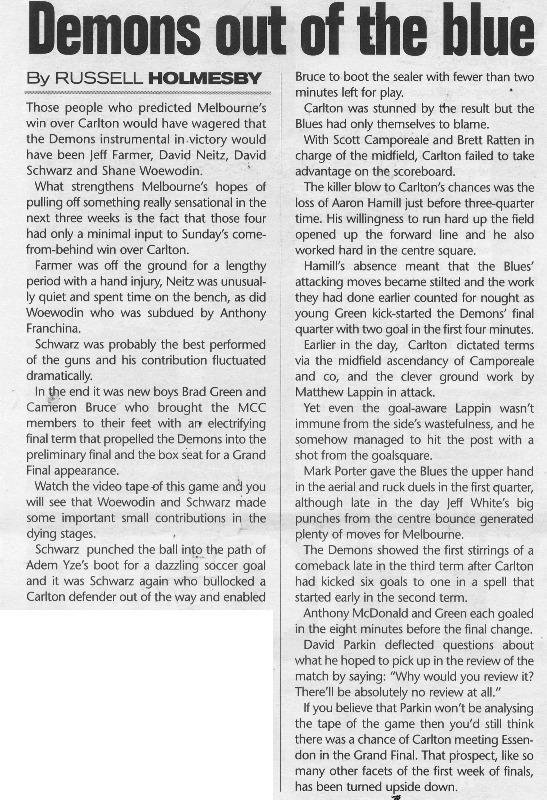 Almost a decade later, this game still hurts. The Blues were in control - in fact, they were cruising but in particular wasted valuable opportunities in the third quarter with a number of misses when they completely controlled the game. Carlton had kept Melbourne to only 8 goals in the first 3 quarters, yet somehow in a mad panic in the last they kicked another 7 whilst the Blues were overrun by the young Demons.

Melbourne had not been defeated since Carlton belted them by 99 points two months earlier. Melbourne were at full strength so Anthony Koutoufides & Craig Bradley missing this game probably proved the difference.

A horrible, season ending loss, although there were still finals games to be played...

A view from the Heatley Stand.