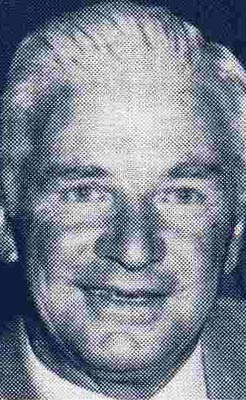 
A committed and valued servant of the Carlton Football Club for more than 20 years, Ralph Theodore Madge was the Blues’ official timekeeper in no fewer than six Grand Final victories - 1968, 1970, 1972, 1981, 1982 and 1987. He would have added a seventh in 1979, too, had his extended holiday on long-service leave during that season not required the club to find a temporary replacement.

Although he passed away on the eve of another celebrated victory – the Blues’ triumph over Essendon in a 2011 Elimination Final – Ralph earned a niche in the history of the Old Dark Navy Blues when he leaned on the button in triumph, and blasted out Collingwood’s death knell in the 1970 Grand Final. “I had to celebrate – we came back from nowhere,” he said afterward.

Remarkably, Ralph grew up supporting Fitzroy, but in 1964 his next-door neighbour Bert Thomas – who was Carlton’s Reserve grade team manager at the time – invited him to help out at Princes Park. Ralph put his hand up for the Property Steward’s job, and two years later took on the role of Reserves timekeeper. His dedication and attention to detail stood out, and in 1967 he was elevated to the role of Senior timekeeper when George Smith retired.

Over the next 23 years, Ralph became a welded-on Bluebagger. In 1984, after carrying out his important role in seven Carlton Premierships, he was awarded Life Membership. He was far from finished however, and continued to serve his beloved Blues for another six seasons, until he was succeeded by Max Harvey in 1990.

Ralph was awarded life membership of the Carlton Football Club in 1984.

Ralph Madge’s other influential moment came in 2005, when he was indirectly responsible for the foundation of the Blueseum.
To learn more, please click this link : tiki-read_article.php?articleId=207