After an even first quarter, Carlton exerted their authority on this match and pulled away to an impressive 54-point win over the Bloods. Rover Mick Price was superb for the Blues, kicking 7 goals. Carlton were second on the ladder after round one, behind St Kilda.

More than 3,200 membership tickets were sold this day. The club hopes the membership total will exceed 8,000 this year.

At the end of this round Carlton were in 2nd spot on the ladder with a percentage of 161.4.

Minature replica 1938 flags were on sale at the ground today, but there was one flag that could not be purchased.
Carlton's sixth VFL flag was unfurled prior to the match by the wife of acting Carlton president, Mrs G. W. Westcott.
Carlton president K. G. Luke and wife are overseas. 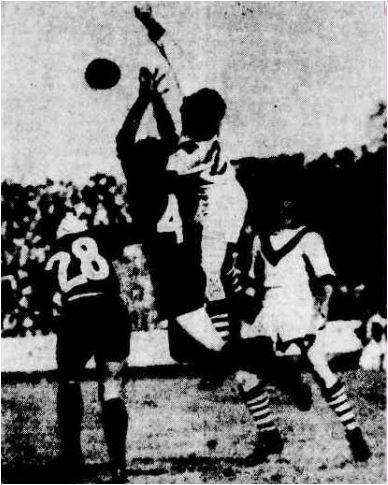 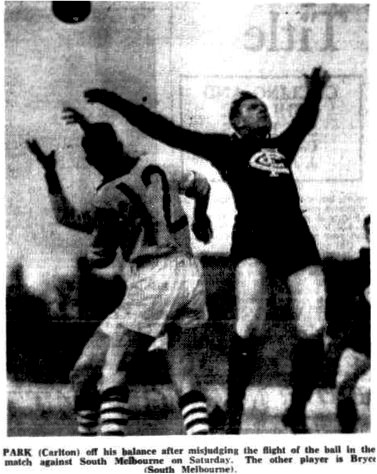