A sobering reminder of the war raging at the time was the tribute paid to Jim Park who was killed in action in February in New Guinea. Spectators, players and officials all stood in silence while a lone bugler played the last post before the game began.

Forward Jim Baird would kick 10 goals in this big win over the Tigers. This was the first time in Carlton v Richmond encounters that a Blue would kick 10, a feat replicated by Robert Walls in Round 7, 1976.

On the back of this strong win Carlton would take first place on the ladder with a percentage of 162. 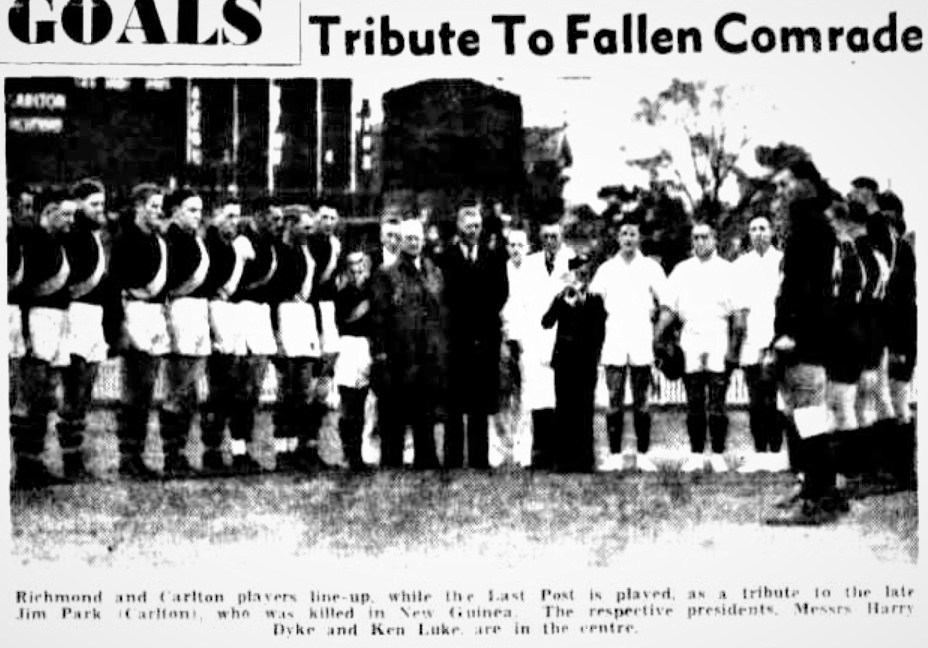 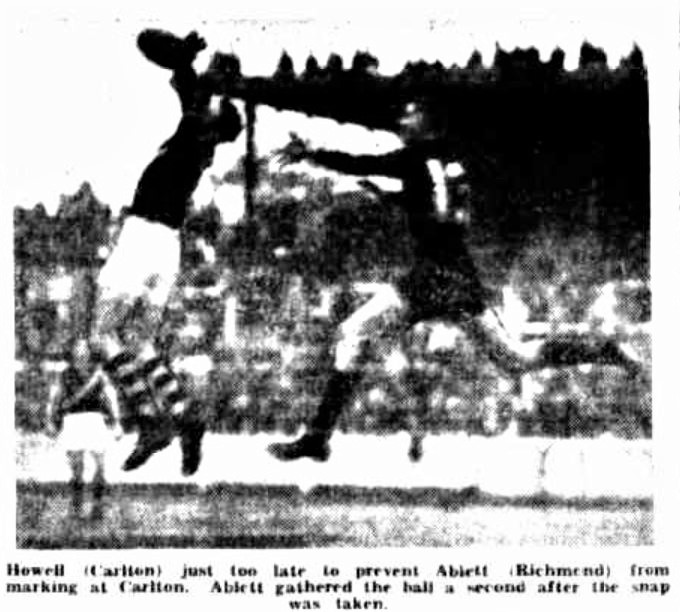