Carlton home by 10 points over Adelaide. 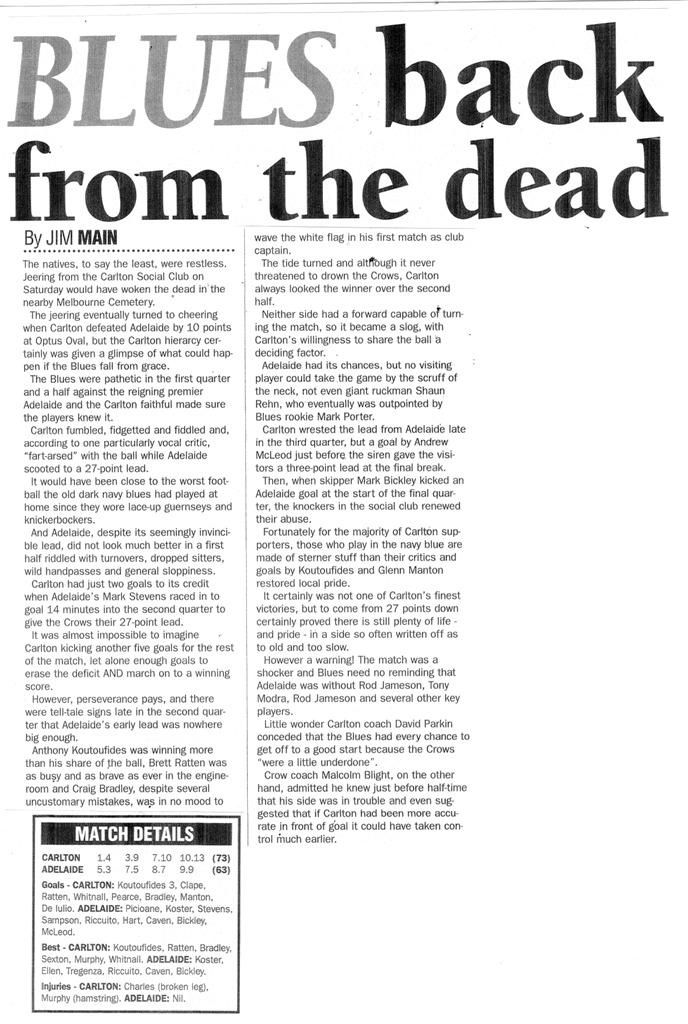 Carlton won this close match on a dark & gloomy day at Princes Park. This was to be the first and last match for Sean Charles, an ex-Melbourne player who had completed a strong pre-season for the Blues. Charles's leg was broken in a scrum at half-back, and he did not play again for the Blues.