On paper, this game between the eighth and ninth-placed clubs had little to recommend it, apart from the fact that it was to be played in the leafy surrounds of Princes Park, and not in the murky shadow of the gasometer at Arden St.

The Blues lost three of the clubs’ best defenders; Bert Deacon, Jim Clark and Doug Guy prior to selection night, but it made scarcely any difference. A re-organised back six - with ‘Bones’ Baird and Ollie Grieve in the key positions – strangled the Northerners from the opening bounce. They kicked just five goals (and 40 points) for the game, and were thrashed by 64 points in Carlton’s best effort since the victory over Fitzroy in round 5.

Keith Warburton and Fred Davies were stars up forward for the Blues throughout, and finished with 8 goals between them. Lively rover Jack Mills continued his good form and added another three.

This big win maintained eighth spot on the ladder for Carlton, and lifted our percentage to 117.72 – the best outside of the top four. 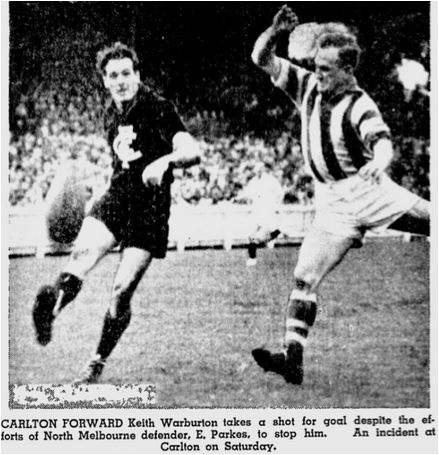 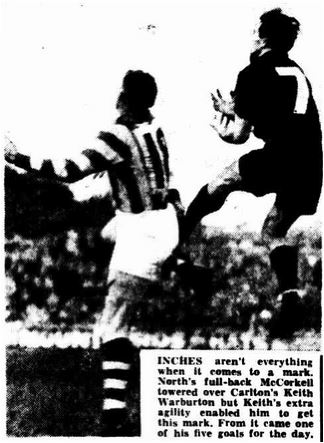 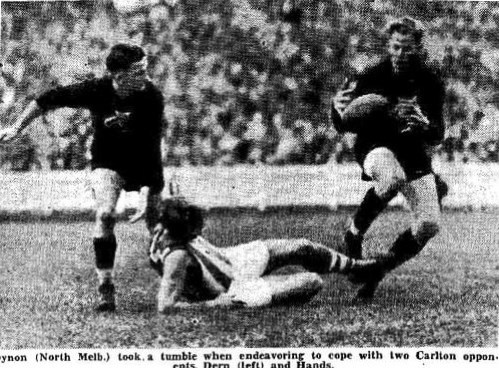