The Blues defeated Geelong in this high-scoring game, with the great Horrie Clover kicking seven goals, and three apiece to Harry Vallence and George Gough.
Carlton has never kicked a larger score against Geelong.

"All on the Carlton side played well. Kelly and Johnson on the flanks were most effective, and Martyn (midfield), gave a remarkably good exhibition. Clover was at his best forward, marking magnificently and kicking beautifully, Skehan played cleverly forward, and Watson and Gilby defended admirably." Argus July 02

At the end of this round Carlton were in 4th spot on the ladder with a percentage of 125.8.

The Geelong Advertiser's W. S. "Jumbo" Sharland (June 30 p9) writes about the Carlton team prior to this match.
To read click here> http://nla.gov.au/nla.news-article232406606 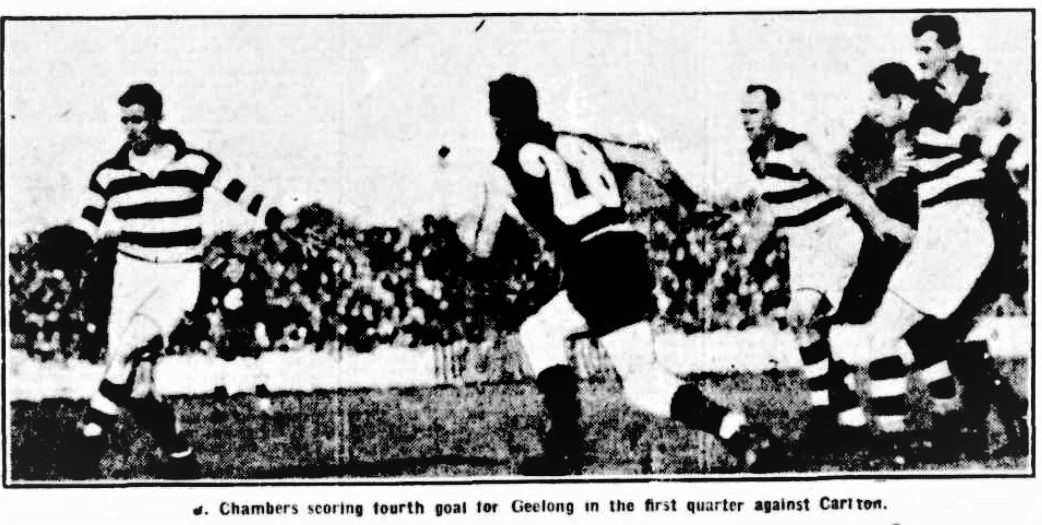