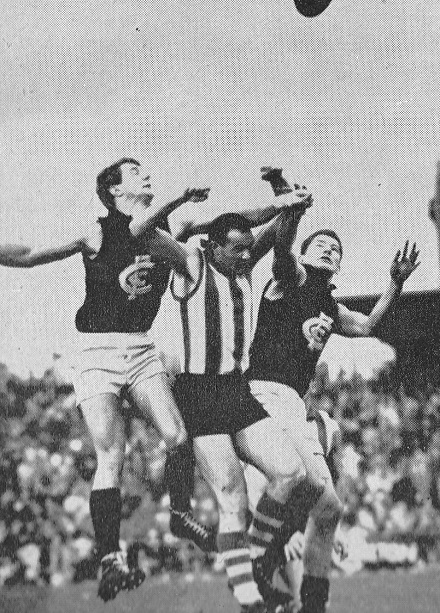 Evenly matched, North and Carlton fought out a real thriller at North, which was won by the home side 15 minutes before the end, when burly ruckman, Bob Pascoe, soccered the ball off the ground through for a point. For the last quarter of an hour the scores were tied. Back-pocket Ken Dean saved repeatedly on the last line of defence for the Northeners, while Don Palmer - beaten in the first term in the centre by Ian Collins - was a damaging player after half-time. Gordon Collis, who is having a fine season, was again prominent in defence for the Blues, and was ably supported by veterans Bob Crowe and Graeme Anderson. - Football Record.