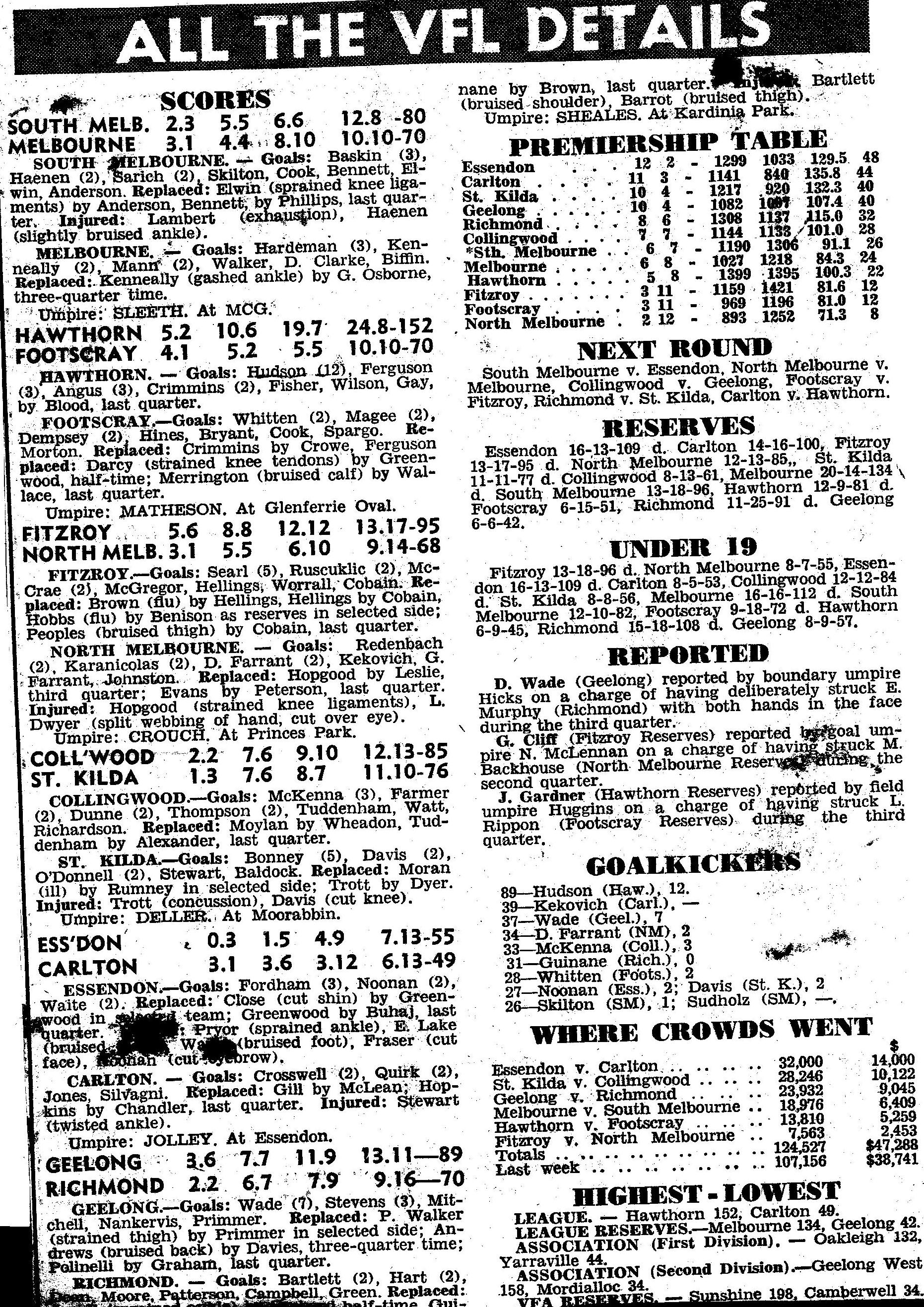 In a poor standard game with scrambly negative play and woeful kicking for goal by both sides, Carlton led by 13 points at half-time. McKenzie got on top in the last half but it was anybody’s game.

After nine weeks out Ron Barassi was back in action with Carlton, but the Blues went down by a goal to Essendon and the Dons moved into top place on the ladder. - Football Life.

Best players for Carlton were Stewart, Crosswell, Silvagni, Quirk and Barassi, whilst for Essendon, it was McKenzie who had a great second half in the ruck, Davis, Gerlach, Fordham, Pryor and Blew.